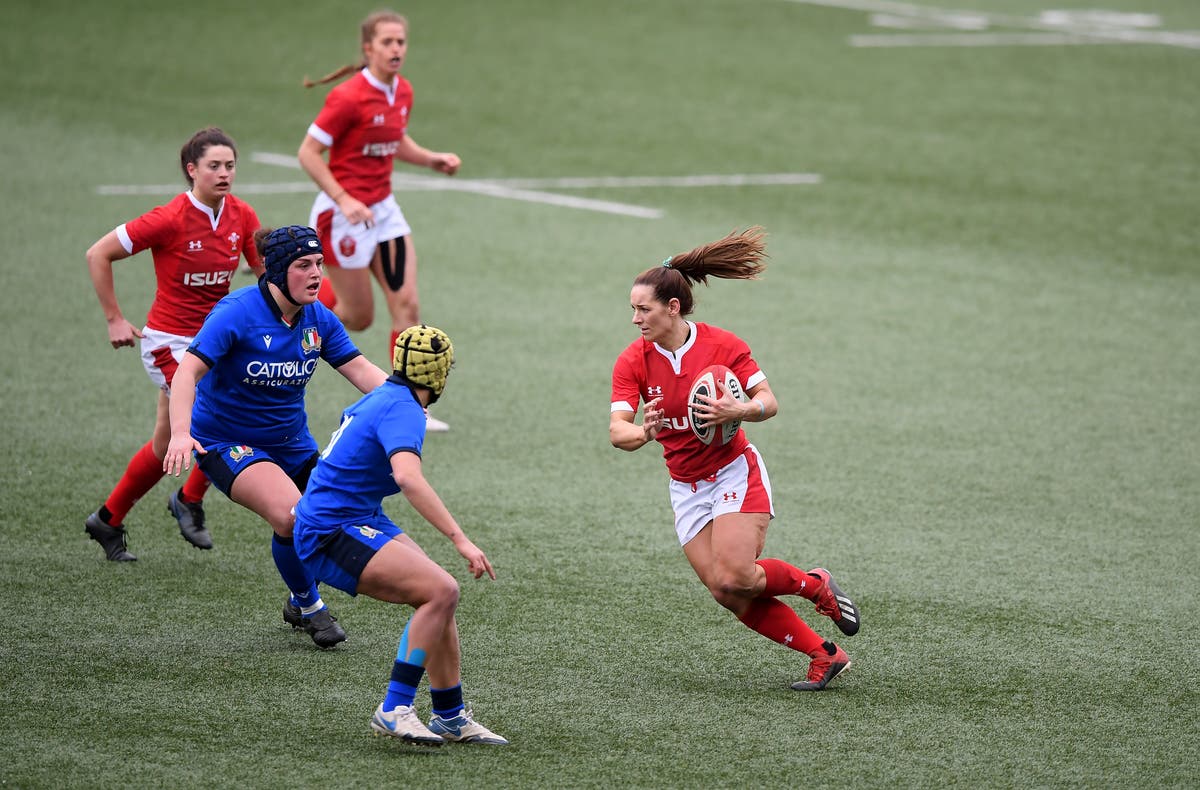 Wales vs Italy live: How to watch the Women’s Six Nations game online and on TV

Wales and Italy will be hoping to end their 2022 Women’s Six Nations campaigns on a high as the two sides meet in Cardiff.

Their clash kicks off the final round of “Super Saturday” matches.

A third tournament victory for Wales would seal third place on the table for Ioan Cunningham’s side in an encouraging first Championship since the introduction of a number of full-time and retainer contracts.

Having recently announced their own contract deals, Italy will be careful to avoid a wooden spoon after beating Scotland last time out.

Here’s everything you need to know:

When is Wales v Italy?

Wales v Italy is due to kick off at 12:00 BST on Saturday April 30 at Cardiff Arms Park.

How can I watch Wales v Italy?

Viewers in the UK can watch Wales v Italy live on S4C or via the BBC red button, or online on the BBC iPlayer or BBC Sport website.

Ioan Cunningham made eight changes to the Welsh side beaten by France last weekend. Sioned Harries returns to the starting lineup and is joined by Alex Callender in the back row, with captain Siwan Lillicrap pushed into the second row. Cara Hope, Kelsey Jones and Donna Rose form a new front row. Ffion Lewis and Robyn Wilkins combine at half-backs while Niamh Terry is set up at full-back.

Italy recall highly experienced former captain Sara Barratin at scrum-half, while Elisa Giordano is also fit to return in the back row. Melissa Bettoni moves to hooker alongside Silvia Turani, who enters the starting fifteenth loosehead.

It’s a seasoned Italian side heading to Cardiff, but the benefit of a home crowd and the increased recovery and preparation time given to contracted Welsh players will make the difference. Wales 28-20 Italy