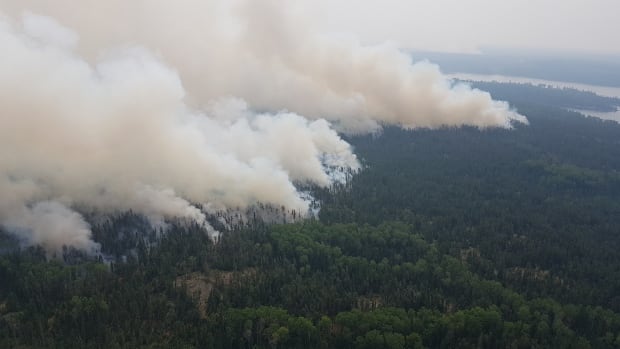 Wabaseemoong Independent Nations calls for evacuation due to forest fire

Wabaseemoong Independent Nations is calling for a full evacuation of all community members as a 200,000 hectare forest fire burns nearby.

“The [Kenora 51] the fire is active and growing, â€the chief and community council said in a press release on Monday. â€œThe air quality in the community is now bad because of the smoke. The fire team is asking for the safety of everyone, including the firefighters, so that all members of the community evacuate as quickly as possible. “

Kenora 51 was listed as having an area of â€‹â€‹200,000 hectares on Tuesday. The fire is located about 20 kilometers north of Wabaseemoong.

The community called on anyone who had the opportunity to self-evacuate to â€œdo so immediatelyâ€.

“Please tell someone at the band office about your escape plan so we know you’re safe.” “

Anyone who is unable to evacuate themselves has been invited to come to the band office to organize the evacuation. Support workers would go door to door in the community to explain options and discuss any concerns.

Wabaseemoong said flights were leaving on Tuesday, carrying residents to London, Ont., Where they would be staying during the evacuation. Community members also have the option of visiting a â€œfull service evacuation siteâ€ in neighboring Wauzhusk Onigum First Nation.

Limited staff would remain in the community after Monday, and all residents who chose to stay put were to have a vehicle ready in case they needed to leave on short notice, according to the media release.

While the UK lags behind, small independent nations are thriving