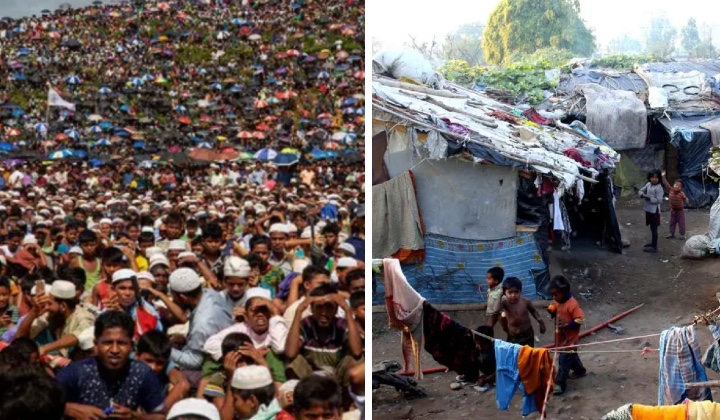 We are deeply concerned by the report that more than 200 Rohingya refugees in Jammu, Bathindi area of ​​Jammu, are being deported by Indian authorities to Myanmar.

The Rohingya are a Bengali-speaking Muslim minority in Myanmar. Many members of the community fled to India after the violence in their country.

Thousands of Rohingya refugees have lived there in slums for more than a decade.

Many refugees have lived in India since 2008, when they fled their home country following a brutal outbreak of violence at the hands of the Myanmar military.

In 2012 and 2017, the number of Rohingyas in India swelled again after new campaigns of violence.

According to reports from 2021, more than 6,000 Rohingya refugees live in 39 camps in the Jammu region.

But right-wing groups demanded their eviction and deportation, and now India is preparing to forcibly evict them.

International law prohibits the forced return of refugees to places where their life or freedom would be threatened.

We are also shocked to know that many families are detained in prison with their children.

The Indian authority seems to ignore the plight of children left without support when selected refugees are deported.

The UN has acknowledged the “ethnic cleansing” faced by the Rohingya Muslims by the Myanmar regime.

The UN even described it as an attempted persecution with “genocidal intent”.

We remind the authority of Jammu and Kashmir under the Indian government that it violates international refugee protection law.

India must not continue to deport Rohingya refugees without considering the safety of refugees deported to Myanmar.

The Indian government gains nothing by forcibly removing them.

In addition, the 1951 Refugee Convention and its 1967 Protocol guarantee the protection of refugees against refoulement or forced return to a country where they risk being persecuted.

The 1951 Refugee Convention and its 1967 Protocol also provide them and their families with access to civil, political, economic, social and cultural rights similar to those of other citizens.

Although India is not a party to the 1951 Refugee Convention or its 1967 Protocol, the prohibition of refoulement has become a norm of customary international law that every nation is bound to uphold.

We demand that the United Nations intervene and end the detention and deportation and ensure that the rights of refugees are protected.

If you would like your opinion shared on TRP, please send it by email to [email protected] with the title “OPINION:” or via social networks on TRP’s Facebook, Twitterand Instagram.

Use these redemption codes for free rewards