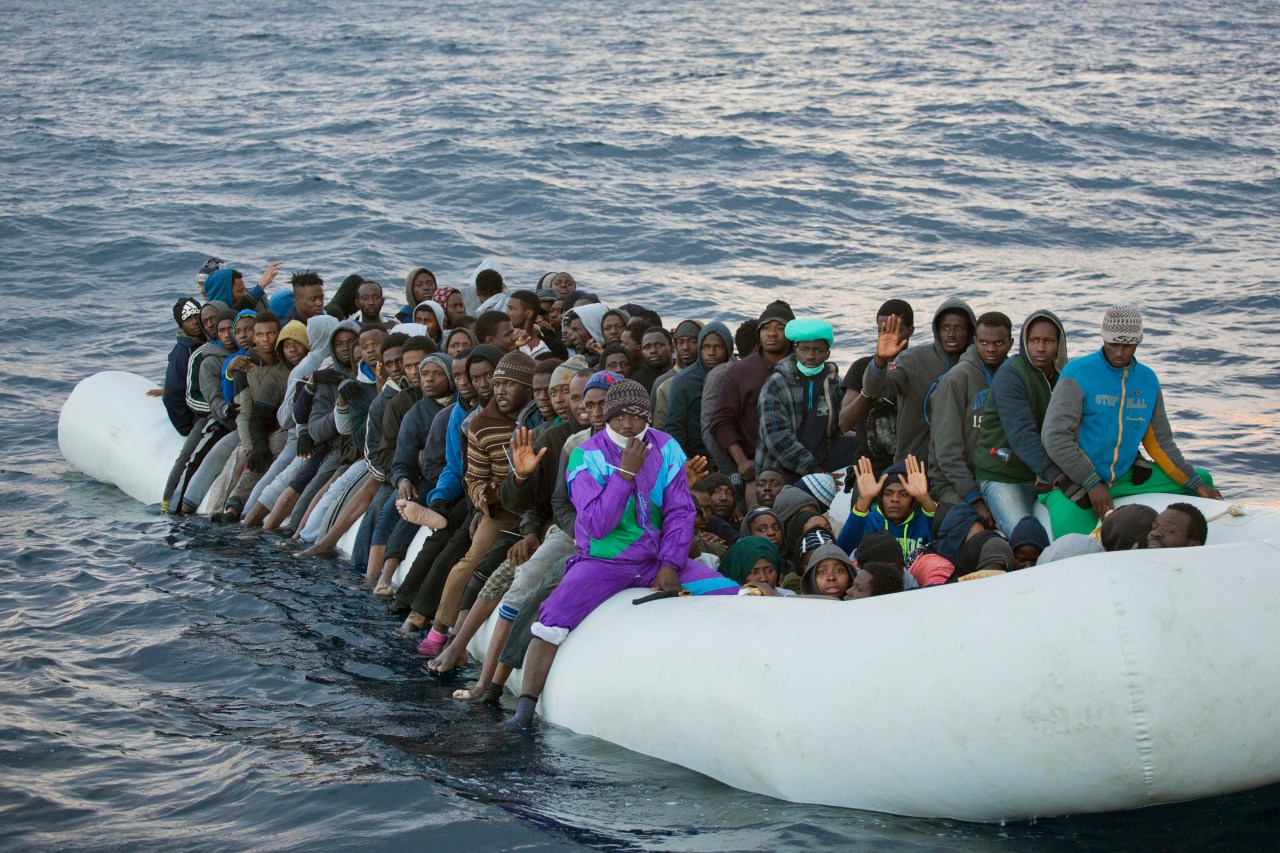 This is the last interception at sea in recent months with an increase in crossings from North African countries to European coasts and attempted crossings. Two days after a major crackdown in a town in western Libya, it attracted at least 4,000 migrants.

Libya has become a major transit point for migrants fleeing war and poverty in Africa and the Middle East, in the hope of a better life in Europe. This trend developed after the country was in turmoil following the NATO-backed uprising in 2011 that outlawed and killed longtime dictator Muammar Gaddafi.

The traffickers took advantage of unrest in oil-rich countries and smuggled migrants across long borders with six countries. They then embark desperate migrants in inflatable rafts on a dangerous journey through the dangerous central Mediterranean route.

According to the United Nations High Commissioner for Refugees UNHCR, the first wooden boat carrying around 500 migrants landed on Sunday morning at the oil refinery in the western town of Zawiya, the main point of departure for migrants. They include Sudanese, Somalis, Bengalis and Syrians, he said.

Later that day, UNHCR said the coast guard returned at least 56 migrants, including three children, to the naval port of Tripoli after the inflatable raft shattered in the sea.

Immigrants are likely to have been taken to detention centers, as Libyan authorities generally do for intercepted migrants.

On Saturday, the Libyan coast guard intercepted around 90 migrants, including eight women and three children, and returned them to Tripoli, according to UN agencies. The coast guard also recovered the bodies of two migrants, but officials said the other 40 were still missing at sea.

As of September 25, more than 25,000 people had been intercepted this year by EU-trained and equipped Libyan coast guards and returned to a war-torn country, according to the United Nations immigration service.

More than 1,100 migrants have been reported dead or dead off the Libyan coast in the first nine months of 2021.