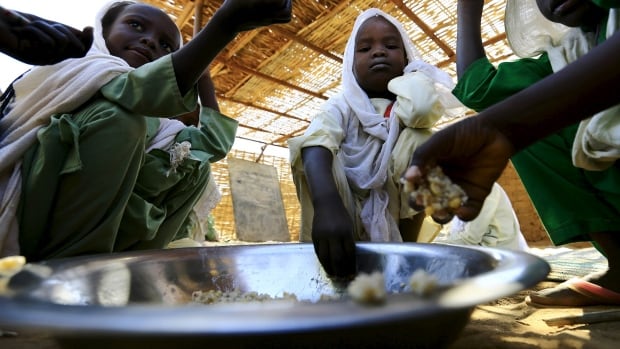 The World Food Program has suspended operations in Sudan’s North Darfur province following recent attacks on its warehouses, a move that is expected to affect around two million people.

A statement released Thursday by the United Nations food agency said its three warehouses in the region had been attacked and looted. More than 5,000 tons of food were reportedly stolen, the group said.

Earlier in the week, WFP said an unidentified armed group attacked one of its warehouses in the provincial capital of North Darfur, el-Fasher. In response, local authorities imposed a curfew across the province.

â€œThis flight deprived nearly two million people of the food and nutritional support they desperately need,â€ said WFP Executive Director David Beasley. â€œNot only is this a huge setback for our operations across the country, it puts our staff at risk and compromises our ability to meet the needs of the most vulnerable families.

The agency said it could not divert aid from other parts of the East African country to looted warehouses without compromising the needs of vulnerable Sudanese living outside the province.

Sudan is one of the poorest countries in the world, with nearly 11 million people in need of food security and livelihood assistance in 2022, WFP said.

The agency urged the Sudanese authorities to recover the looted stocks and to guarantee the safety and security of WFP operations in North Darfur.

On Thursday, the country’s official news agency reported that a number of suspects were arrested in el-Fasher after they were seen aboard animal-drawn trucks and carts loaded with stocks of food allegedly stolen from the area. the region. WFP warehouses. The SUNA news agency did not specify the number of people arrested.

WFP’s decision comes amid the political upheaval that followed the October military coup.

On Friday, a group of medics said five people were killed in anti-coup protests that erupted the day before in several provinces across the country. Security forces fired tear gas and live ammunition to disperse thousands of protesters, the group said. With the deaths on Thursday, the total death toll since the coup rose to 53.

Meanwhile, Sudanese police admitted in a statement released Friday that four protesters were killed and more than 290 injured during the protests. The statement posted on SUNA made no mention of police using tear gas or live ammunition. Police added that more than 40 policemen were injured in clashes with protesters.

Nations must work together to push back Covid-19 to 2022