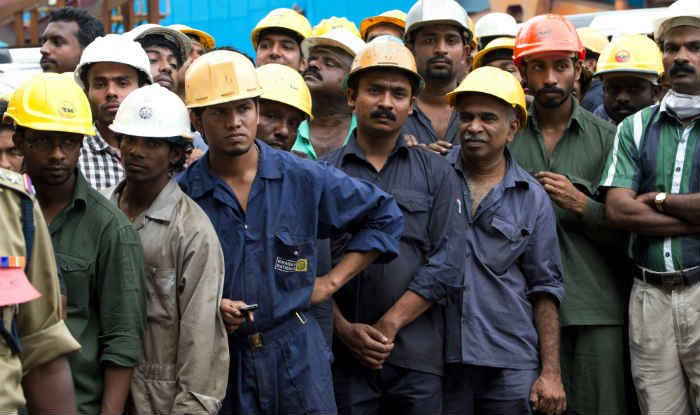 The Over-publicized but not yet implemented labor codes – namely, the Wages Code, 2019; the Code of Professional Relations, 2020; the Social Security Code, 2020; and the Code of Safety, Health and Working Conditions at Work, 2020 – have now been adopted for more than a year. Yet the Union’s Ministry of Labor and Employment (MoLE) is still in the process of notifying the rules under the respective labor codes. So far, no date has been notified for their implementation.

Also read: The legal vacuum of the new labor codes could last for months

While union protests against the implementation of labor codes have continued since they were passed by parliament, the protests have now gained momentum, thanks to the central government succumbing to farmers’ protests against the three controversial farm laws. In February this year, a joint platform of ten central labor centers called for a nationwide protest against the government’s â€œprivatizationâ€ and â€œanti-popular policiesâ€, proposed in the 2021-2022 budget, and for the removal of government policies. new labor codes. .

While the union affiliated with Rashtriya Swayamsevak Sangh Bharatiya Mazdoor Sangh (BMS) is not part of the committee of ten unions, there were protests against the labor codes, called by the BMS, in October 2020.

Subsequently, the labor centers announced that they would come together to burn or tear up copies of the labor codes on April 1 of this year, the date originally scheduled for implementation. Now, in light of the Prime Minister’s announcement promising to repeal agricultural laws, the unions intend to intensify their protests against labor codes.

Also read: Labor codes: Gouv. Defers implementation with states that have not finalized the rules

In July this year, the new Minister of Labor and Employment, Bhupender Yadav, reportedly began an exercise to examine whether changes to the proposed rules under the labor codes were necessary.

Subsequently, in August this year, a senior MoLE official said the minister had held a “courtesy” meeting with a dozen central labor centers. This would be an attempt to resume negotiations with the unions to ensure the smooth running of labor codes.

At the time, it was also reported that the MoLE was open to revision by the Indian Labor Conference (CIT) for discussion. The ILC is an annual tripartite summit meeting that brings together government stakeholders, employer representatives and employee representatives, meeting on key issues governing labor policies. The 46th annual CIT took place in July 2015, after which the annual conferences have been suspended until this day.

At the beginning of November, the trade union centers had called for a national demonstration on November 26, to mark the first anniversary of the farmers’ movement. Presenting a charter of ten demands, the unions had also issued a declaration condemning the Union government for “having restricted the people’s right to human survival”. The abolition of labor codes was a key point of these demands.

Following the Prime Minister’s announcement on the repeal of agricultural laws, the trade union centers are now aiming to give momentum to their protests with renewed enthusiasm. Farmer groups, under the banner of Samyukt Kisan Morcha (SKM), staged protests in Odisha on November 26, to mark the first anniversary of the farmers’ movement and in support of union strike against new labor codes .

While in Pondicherry, union representatives demonstrated in front of the post office to demand their charter of demands. Similar protests were also reported in various parts of the country, including Delhi, Karnataka, Tamil Nadu and West Bengal.

As of Thursday, protests by 12 central unions in Delhi’s industrial areas saw strikers flay both the Delhi state government led by the Aam Aadmi party as well as the Union government for their claims. political decisions in favor of employers.

The unions had presented a charter of ten demands and issued a declaration condemning the Union government for “having restricted the people’s right to human survival”.

As reported by The HinduAmarjeet Kaur, Secretary General of AITUC said: â€œWe will intensify our protests to demand the repeal of labor codes. The government only watches the elections. For the labor codes, they have not succeeded in obtaining the support of the States and have the constraint of the next elections in the Assembly, they therefore continue to postpone the deployment. “

This week, a senior MoLE official reportedly said notification of the rules was “underway,” and the minister is likely to make a statement to parliament on the matter.

(Shweta Velayudhan is a corporate lawyer who is a consultant, primarily in the area of â€‹â€‹labor and employment law, and is part of The Leaflet’s outreach team.)