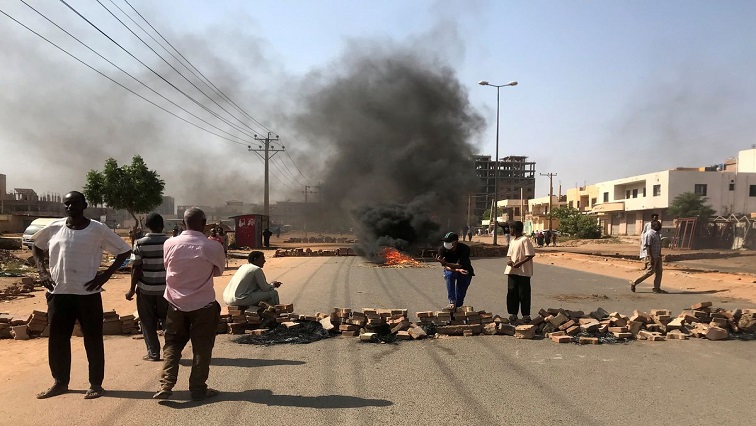 A previous tweet from Guterres condemned the military’s illegal takeover and called for full respect for the country’s constitutional charter to protect the country’s hard-won political transition.

I condemn the ongoing military coup in Sudan. Prime Minister Hamdok and all other officials must be released immediately. There must be full respect for the constitutional charter to protect the hard-won political transition. The United Nations will continue to stand with the Sudanese people.

His views were echoed by the United States, which expressed deep concern, warning that a military takeover would endanger Washington’s aid to the country.

International condemnation came massive and swift as the military dissolved the transitional government that sought to rule the country after the ouster of longtime former leader Omar al Bashir.

The spokesperson for the UN Secretary-General, StÃ©phane Dujarric, said: â€œThe Secretary-General strongly condemns the ongoing military coup in Khartoum and all actions that could jeopardize the political transition and the stability of Sudan. It calls for the immediate reconstitution of the governance arrangements provided for in the Constitution. The illegal detention of the Prime Minister, government officials and politicians is unacceptable and contravenes the constitutional document and the partnership essential for the success of the transition in Sudan. The Secretary-General calls for the immediate release of the Prime Minister and all other arbitrarily detained.

Guterres also called on Sudanese stakeholders to immediately resume dialogue and engage in good faith to restore constitutional order and the transition process in Sudan.

But the country’s top military official, General Abdel Fattah al-Burhan, had previously declared a state of emergency while announcing that an interim government would soon be appointed to lead the country to the July 2023 elections.

And despite a strong military presence, protesters took to the streets of Khartoum to reject the military’s intervention, while the fate of the deposed heads of government remained a mystery.

The Special Representative of the Secretary-General in Sudan, Volker Perthes, said: â€œThe situation is still fluid and we are not in a position to verify all the reports that we receive. But what we do know is that the military detained or under house arrest this morning Prime Minister Hamdok and then allegedly took him and his wife to an unknown destination or location after he refused to go. dissolve the government which had been a request of the army for a few days. In addition, other government officials including the Minister of Cabinet Affairs, the Minister of Information, the Minister of Industry and a few others have been arrested and we do not know where they are. The same goes for certain members of the Sovereign Council as well as certain journalists.

With reports that consumer inflation had hit nearly 400% this year, concerns that the economic situation that contributed to the downfall of former President Bashir had not been sufficiently addressed.

This includes shortages of goods like fuel, wheat, and even medicine.

Former AU-UN Envoy to Sudan Ambassador Kingsley Mamabolo said: â€œThe intention of the coalition was good, and it was obviously a coalition in transition, which will prepare the country for elections. for a new constitution. , but also to start doing something for the economy, the situation you just described now. Remember that this situation was the downfall of Bashir and despite the fact that you had this political coalition and so on, that did not mean that the problems were gone. This meant that the economic problems that existed were still there, and the country was always going to suffer, so the same problems that beset the Bashir regime, the new coalition partners were facing these same kinds of problems. And to the extent that they are unable to resolve these issues, to the extent that the international community does not intervene enough to help this process of economic recovery, as they would also be in danger of falling.

The UN Security Council is expected to meet on Tuesday to discuss developments in Sudan.