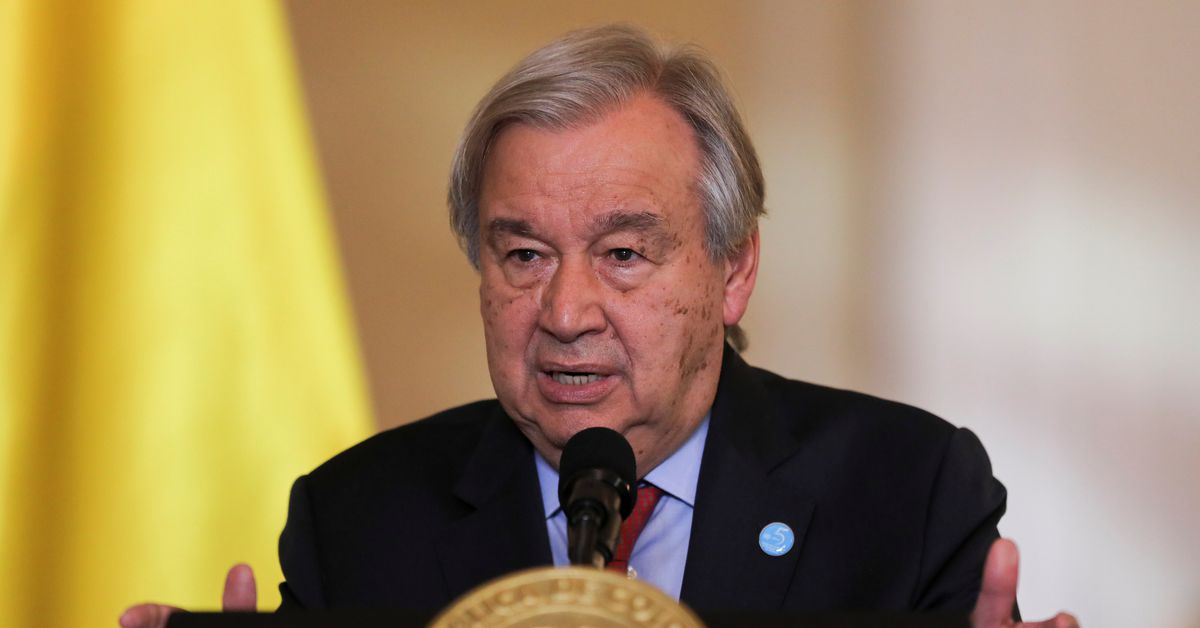 UN Secretary General Antonio Guterres addresses the media at the end of his visit to mark five years since the signing of a peace accord between FARC rebels and the Colombian government in Bogota, Colombia on 24 November 2021. REUTERS / Luisa Gonzalez

BOGOTA, Nov. 24 (Reuters) – United Nations Secretary-General Antonio Guterres called for an end to the fighting in Ethiopia on Wednesday in the Colombian capital Bogota, urging Ethiopian leaders to follow the Andean country’s example for peace.

Guterres, who was visiting Colombia to mark the fifth anniversary of the peace agreement between the government and the demobilized guerrillas of the Revolutionary Armed Forces of Colombia (FARC), called for an immediate end to hostilities.

“The peace process in Colombia today inspires me to make an urgent appeal to the protagonists of the conflict in Ethiopia for an unconditional and immediate ceasefire,” Guterres said during a joint speech with Colombian President Ivan Duque.

War in Ethiopia broke out in November 2020 in the Tigray region between Ethiopian federal troops and the Popular Front for the Liberation of Tigray. In July, the conflict spread to two neighboring regions in northern Ethiopia. Read more

Ending the fighting in Ethiopia would allow a dialogue to take place among the Ethiopians, Guterres said, allowing the country to once again contribute to the stability of the region.

“I would very much like Colombia to be the example followed by the Ethiopian leadership,” Guterres added.

Guterres also urged Colombian lawmakers to ratify the Escazu Accord, an agreement between countries in Latin America and the Caribbean that enshrines the protection of those working for environmental causes.

Colombia is the most dangerous country in the world for conservationists, with a record 65 deaths in 2020, according to the advocacy group Global Witness.

The Colombian government has blamed the criminal gangs and left-wing rebels involved in drug trafficking for the increased killings of activists.