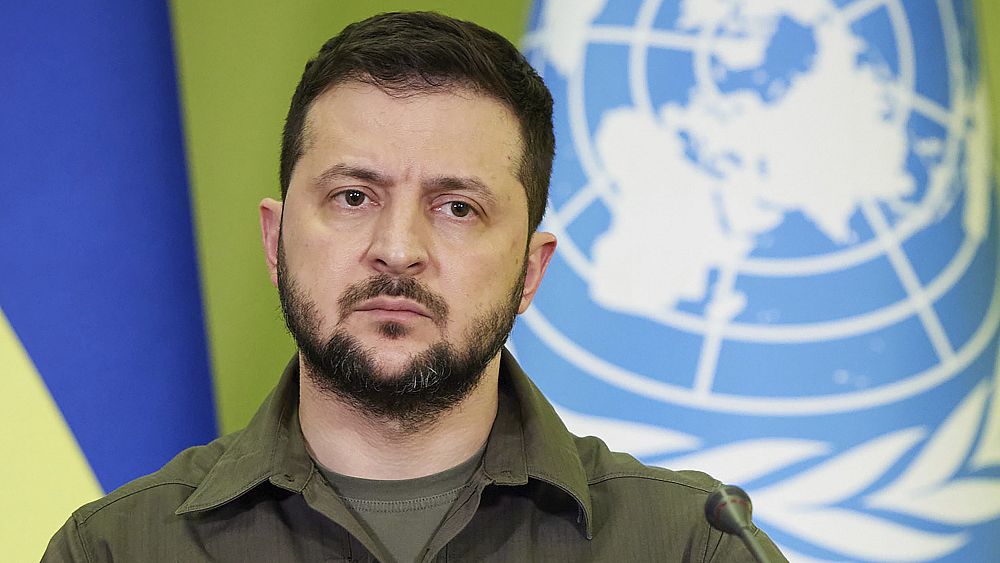 Ukrainian President Volodymyr Zelenskyy has accused Russia of becoming a “terrorist” state committing “daily terrorist acts” and called for Russia’s expulsion from the United Nations, in a virtual address to the UN Security Council on Tuesday.

Zelenskyy urged the UN to create an international tribunal to investigate “the actions of Russian occupiers on Ukrainian soil” and hold the country accountable.

“We must act urgently to do everything to make Russia stop the killing,” Zelenskyy said, warning that otherwise Russia’s “terrorist activity” would spread to other European countries and Asia, targeting the Baltic States, Poland, Moldova and Kazakhstan.

In calling for Russia’s expulsion, Zelenskyy cited Article 6 of the United Nations Charter which states that a member who has “persistently violated” its principles may be expelled “by the General Assembly on the recommendation of the Security Council”.

Such a move is virtually impossible, however, as Russia could use its veto as a permanent member of the council to block any attempt to oust him.

Ukraine called the council meeting after the recent upsurge in Russian attacks, including Monday’s airstrike on a crowded shopping mall in the central city of Kremenchuk.

At least 18 people were killed and 30 injured, Zelenskyy said, adding that “dozens are missing”, body parts have been found and there may be other victims.

The Ukrainian leader began his speech by listing Russia’s attacks in recent days and giving the names and ages of many of the victims. He ended his speech by asking the 15 members of the Security Council and others in the room to rise in silent tribute to commemorate the “tens of thousands” of Ukrainian children and adults killed during the war.

All members stood, including Russia’s Deputy Ambassador to the UN, Dmitry Polyanskiy.

When he spoke later, Polyanskiy protested against giving Zelenskyy a second opportunity to address the Security Council. He said the forum should not be turned into “a platform for a remote public relations campaign” aimed at getting “more arms” from those attending the NATO summit, currently underway in Madrid.

He repeated Moscow’s unsubstantiated claim that there was no Russian strike on the Kremenchuk shopping center, but that it hit an arms warehouse. And he said the “special military operation” in Ukraine would continue.

Britain’s UN ambassador Barbara Woodward countered that Russia “can try to pretend nothing is true and make outrageous claims about Ukrainian provocations”, but the undeniable fact is that Russia has invaded the ‘Ukraine.

“There is an attacker here,” she said. “The evidence will catch up with them and there will be accountability for these crimes.”

US Deputy Ambassador Richard Mills, like many other Western officials, blamed Russia for destroying the mall, saying the attack “is part of a cruel pattern, one where the Russian army kills civilians and destroyed civilian infrastructure in Ukraine”.

He pointed out that there is ample publicly available evidence “that Russia, and Russia alone” is responsible for this attack and others.

Ambassador Zhang Jun of China, a close Russian ally, called the conflict a “geopolitical crisis” and urged the international community to work together to create the conditions for Russian-Ukrainian peace talks and a ceasefire. fire.

New labor codes from July 1, 2022: Everything you need to know