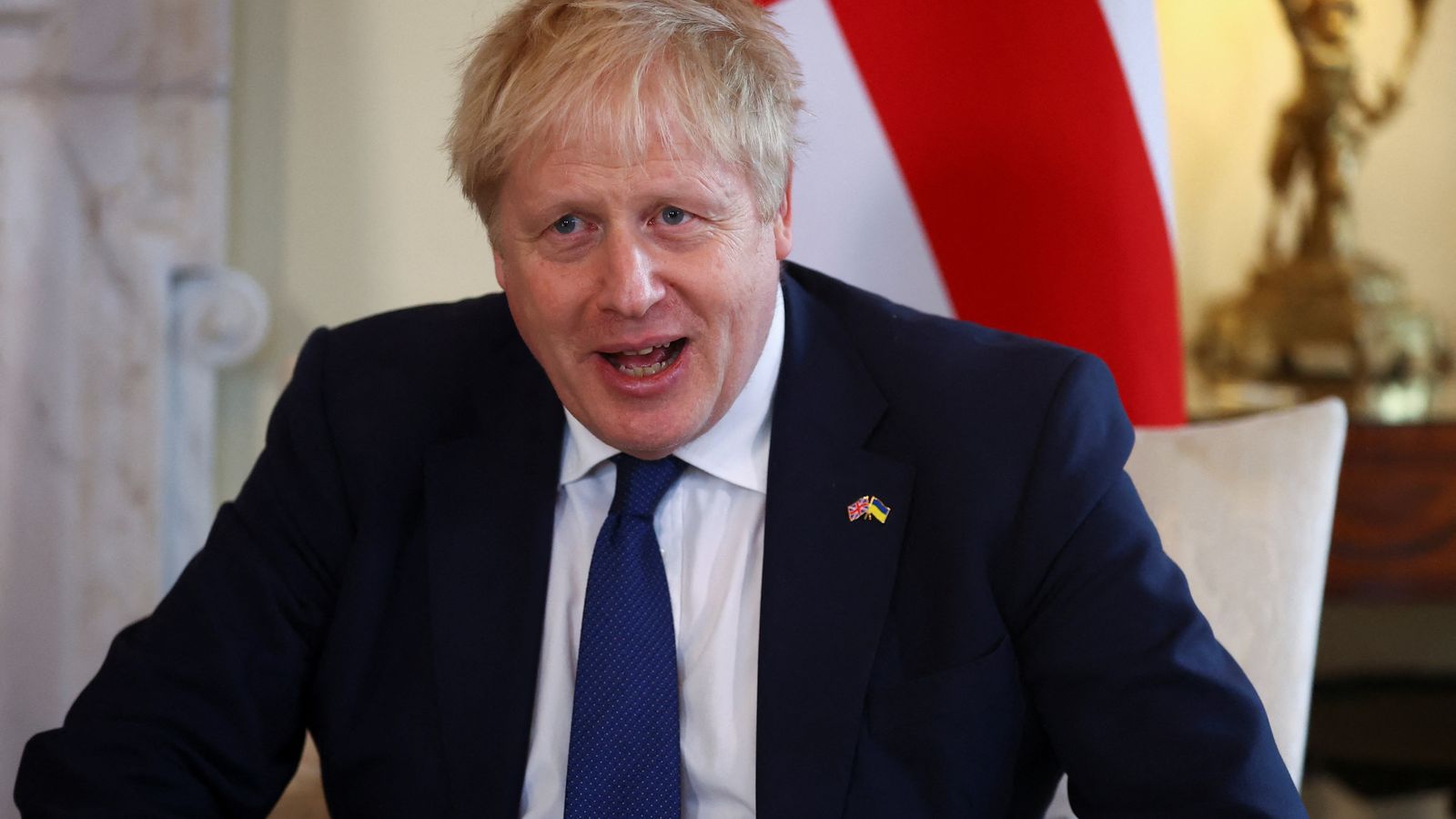 Boris Johnson has called on Western countries to “take back control” of their energy supplies and end a “dependency” on Russian oil and gas which has subjected them to the “blackmail” of Vladimir Putin.

In a Daily Telegraph article, the Prime Minister insisted that the West “cannot continue like this” and remains “economically dependent” on Russian resources following the country’s invasion of Ukraine.

Mr Johnson’s appeal precedes his planned trip to Saudi Arabiawhich the prime minister hopes will help persuade the kingdom to increase its own oil and gas production.

This would allow the West to wean itself off Russian supplies.

In his diary entry, Mr Johnson acknowledged that “a terrible mistake” was made after Russia annexed Crimea in 2014, when Western countries “decided we could somehow go back to the normal”.

“Economic relations have not just picked up – they have intensified, with the West taking more Russian gas than ever before, becoming more dependent on Putin’s goodwill and more exposed to the vagaries of the global gas price and oil,” he wrote.

“And so when he finally came to launch his vicious war in Ukraine, he knew the world would have a hard time punishing him. He knew he had been addictive.”

The Prime Minister added that as the Russian assault on Ukraine continues, “the cost of oil and gas is still rising, which means less money in your pocket and more in Putin’s.

“We cannot go on like this. The world cannot be subjected to this continuous blackmail,” he added.

“Putin’s Russia earns little that the rest of the world wants to buy,” he wrote.

“If the world can end its dependence on Russian oil and gas, we can starve it of money, destroy its strategy and shrink it down to size.”

The prime minister has promised that a new energy security strategy will be released by the government later this month.

He stressed the need to “take back control” and for the UK to “become more empowered and no longer be at the mercy of bullies like Putin”.

As well as hailing the value of green energy – such as wind, solar and tidal power – Mr Johnson also said now was the time to make a series of new big bets on nuclear power.

Despite the government’s ambition to reach net zero by 2050, Mr Johnson said fossil fuels would still be needed to ‘transition’ to new energy sources as he proposal for greater investment in North Sea oil and gas.

The Prime Minister’s comments come as more than 30 campaign groups have called on the government to provide more support to households, cut gas consumption and switch to renewable energy as bills soar.

In a letter to Mr Johnson, Chancellor Rishi Sunak and Business Secretary Kwasi Kwarteng, the 33 environmental and social organizations warn that rising energy bills could leave one in three households in fuel poverty and that action is needed to help the poorest families.

The letter asks them to “ensure that the next energy independence plan protects vulnerable households, lowers bills, tackles the climate emergency, tackles air pollution and cuts gas at UK”.

What is a bad credit personal loan?

It is important that the United Nations stay above religious issues: India at the UNGA