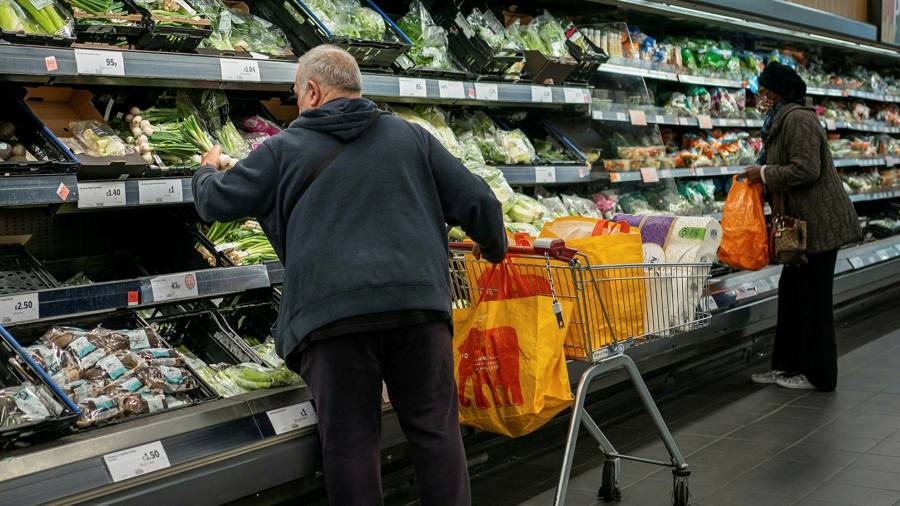 The UK will be the worst performing economy in the G7 next year as the cost of living crisis and tax increases are expected to dampen economic activity, according to a new IMF forecast.

The United States, Japan, Germany, France, Italy and Canada are expected to grow faster, according to the fund.

The new forecast undermines recent claims by Prime Minister Boris Johnson that the UK was the fastest growing G7 economy thanks to its successful vaccination program and recovery from the coronavirus pandemic.

In a speech to a Conservative Party conference last month, Johnson said: “Thanks to the speed of this booster deployment, we have the fastest growing economy in the G7.”

The IMF has predicted that Britain’s economy will grow by only 1.2% in 2023 and that its inflation will be higher than all other G7 members and slower to return to its 2% target.

IMF Chief Economist Pierre-Olivier Gourinchas said: “What we are seeing is that the UK is facing high inflation and tight monetary policy is weighing on economic activity this year and the next.”

Economists have pointed out that the UK’s economic performance during the Covid-19 crisis has been average among the G7. This was masked by greater volatility after a relatively large contraction in 2020 followed by a faster recovery last year, with the IMF forecasting more of a hangover in 2023 with the tax hike.

Julian Jessop, an independent economist, said the UK’s year-on-year performance volatility depended on the timing of its Covid lockdowns, subsequent rebounds and its exposure to the Russian invasion of the Ukraine.

“Medium-term growth performance [of most G7 countries] is quite similar,” he said, adding that the UK’s mid-decade growth projections were near the top of the G7 rankings, underscoring a reasonable outlook.

Sluggish growth next year, as households grapple with rising costs of living and businesses face a corporate tax rate hike from 19% to 25% next April, will make it difficult for Rishi Sunak, Chancellor, to put the economy center stage. any early general election.

Rachel Reeves, the Shadow Chancellor, said: “The IMF’s economic outlook shows the UK is set to experience the slowest growth in the G7 next year. Once again, the conservative economic strategy of low growth and high taxes is laid bare.

With slow growth in 2023, the IMF expects unemployment to rise to 4.6% after hitting a multi-decade low of 3.8% earlier this year, according to official data.

20 million people at risk of starvation as Horn of Africa drought worsens: UN