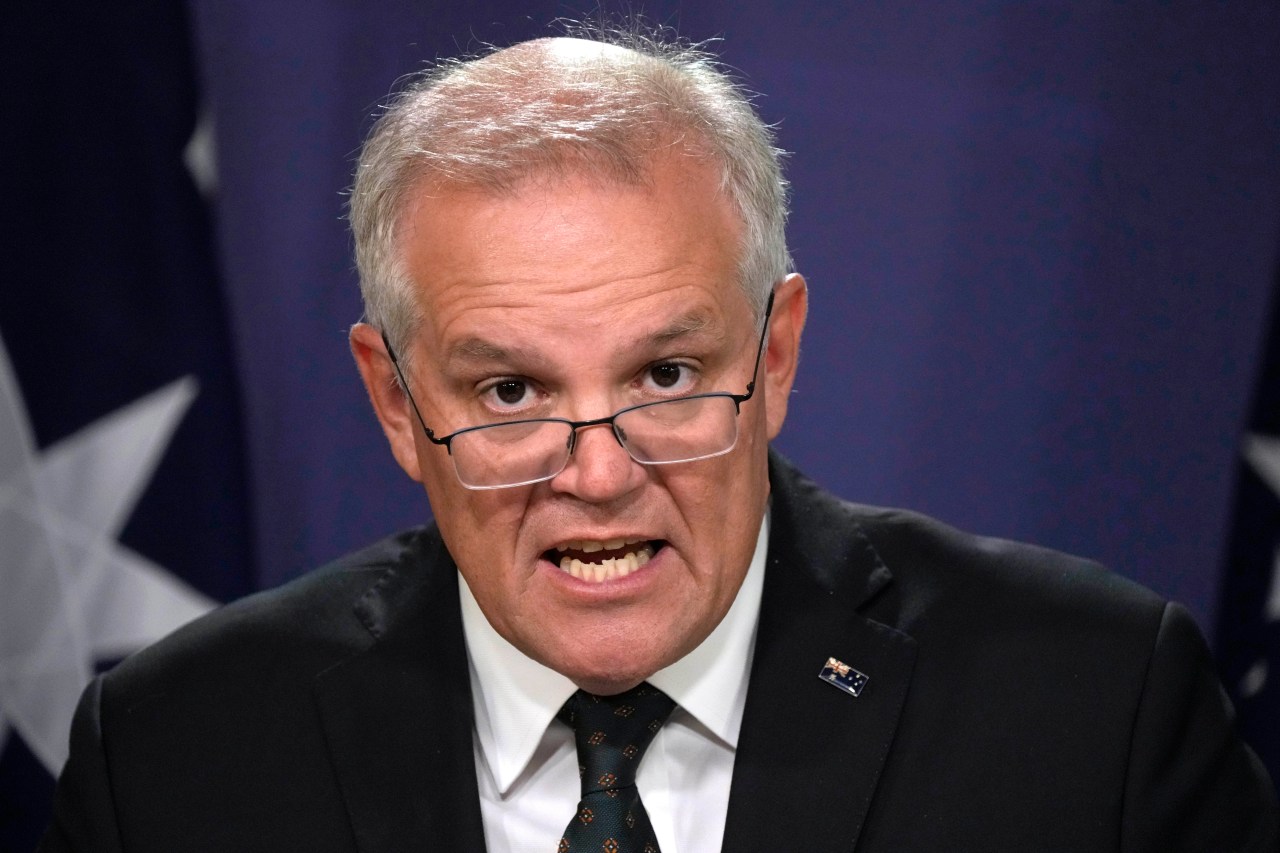 TOKYO (AP) — World leaders on Wednesday sought to back up their harsh words about Russia’s aggression against Ukraine, announcing financial sanctions, trade and travel bans and other measures designed to pressure Moscow to withdraw from the brink of war.

However, even as they increased sanctions, countries in Asia and the Pacific were also bracing for the possibility of economic hardship, in the form of cuts in traditional energy and grain supply lines, and retaliation. against Russian cyberattacks.

“We cannot suggest that Russia has a case right here that it is pursuing. They are behaving like thugs and bullies, and they should be called thugs and bullies,” Australian Prime Minister Scott Morrison said as he announced targeted financial sanctions and travel bans as a first step in response to the Russian aggression against Ukraine.

The possibility of impending war in Ukraine raised fears not only of massive casualties, but also of widespread energy shortages and global economic chaos.

The punitive actions in Asia followed sanctions imposed by US President Joe Biden and European leaders against Russian oligarchs and banks in response to the gathering of 150,000 Russian troops on three sides of Ukraine. While the largest army has yet to move, Russian forces have deployed in rebel-held parts of eastern Ukraine after Russian President Vladimir Putin recognized the independence of those regions.

Kishida told reporters that Tokyo would ban any further issuance and distribution of Russian government bonds in Japan due to “a series of actions Russia has taken in Ukraine”.

Kishida said Japan would also stop issuing visas to people linked to Ukraine’s two rebel regions and freeze their assets in Japan. Tokyo will also ban trade with the two areas. He said Japanese officials were finalizing further details and added that Japan may increase sanctions if the situation escalates.

Authorities in South Korea, which depends on imports to meet almost all fossil fuel demand, held emergency meetings on Wednesday to assess how events in Ukraine would hurt their country’s economy.

The fallout has so far been limited, but First Deputy Finance Minister Lee Eog-weon said things could get worse if the situation in Ukraine escalates and there is “disruption energy supply chains and increased market volatility”.

While South Korea relies heavily on imports from Russia and Ukraine for wheat and corn, Lee said the country has enough reserves to last until June or July.

US officials said an invasion was almost inevitable. US Secretary of State Antony Blinken canceled plans for a Thursday meeting in Geneva with his Russian counterpart, saying it would not be productive and that Russia’s actions indicated Moscow was not serious about a peaceful way to resolve the crisis.

More than two dozen members of the European Union have unanimously agreed to impose their own initial round of sanctions against Russian officials. Germany also said it was suspending the certification process for the Nord Stream 2 gas pipeline from Russia – a lucrative deal long sought by Moscow but criticized by the United States for increasing Europe’s dependence on energy Russian.

The United States decided to cut off the Russian government from Western finance, sanctioning two of its banks and preventing it from trading its debt on the American and European markets. The Biden administration’s actions have hit civilian leaders in Russia’s leadership hierarchy and two Russian banks seen as particularly close to the Kremlin and the Russian military, with more than $80 billion in assets. This includes freezing all assets of these banks under US jurisdiction.

“It is important that we play our part in the wider international community to ensure that those who fund, profit from an autocratic and authoritarian regime that invades its neighbor have nowhere to run and nowhere to hide. when it comes to trying to move their money around,” said Morrison, the Prime Minister.

Australia has also warned companies to prepare for retaliation through Russian cyberattacks.

In New Zealand, Russian Ambassador Georgii Zuev was summoned to meet with senior diplomatic officials and “to hear New Zealand’s strong opposition to the measures taken by Russia in recent days”, the foreign minister said. Nanaia Mahuta in a statement. Mahuta is currently traveling abroad.

At the United Nations, Secretary-General Antonio Guterres said the world was facing “the greatest global peace and security crisis in recent years”. He called Russia’s declaration of the “so-called ‘independence'” of breakaway areas in eastern Ukraine a violation of its territorial integrity and accused Moscow of ‘the perversion of the concept of peacekeeping “.

He urged the international community to mobilize “to save the people of Ukraine and beyond from the scourge of war” without further bloodshed.

In Washington, lawmakers from both parties in Congress displayed a largely unified front backing an independent Ukraine and pledging continued US support, even as some called for faster and even tougher sanctions on Russia.

On Tuesday, members of Russia’s upper house, the Federation Council, voted unanimously to allow Putin to use military force outside the country – formalizing a Russian military deployment in rebel regions, where an eight-year conflict has killed nearly 14,000 people.

AP writers around the world have contributed to this story.