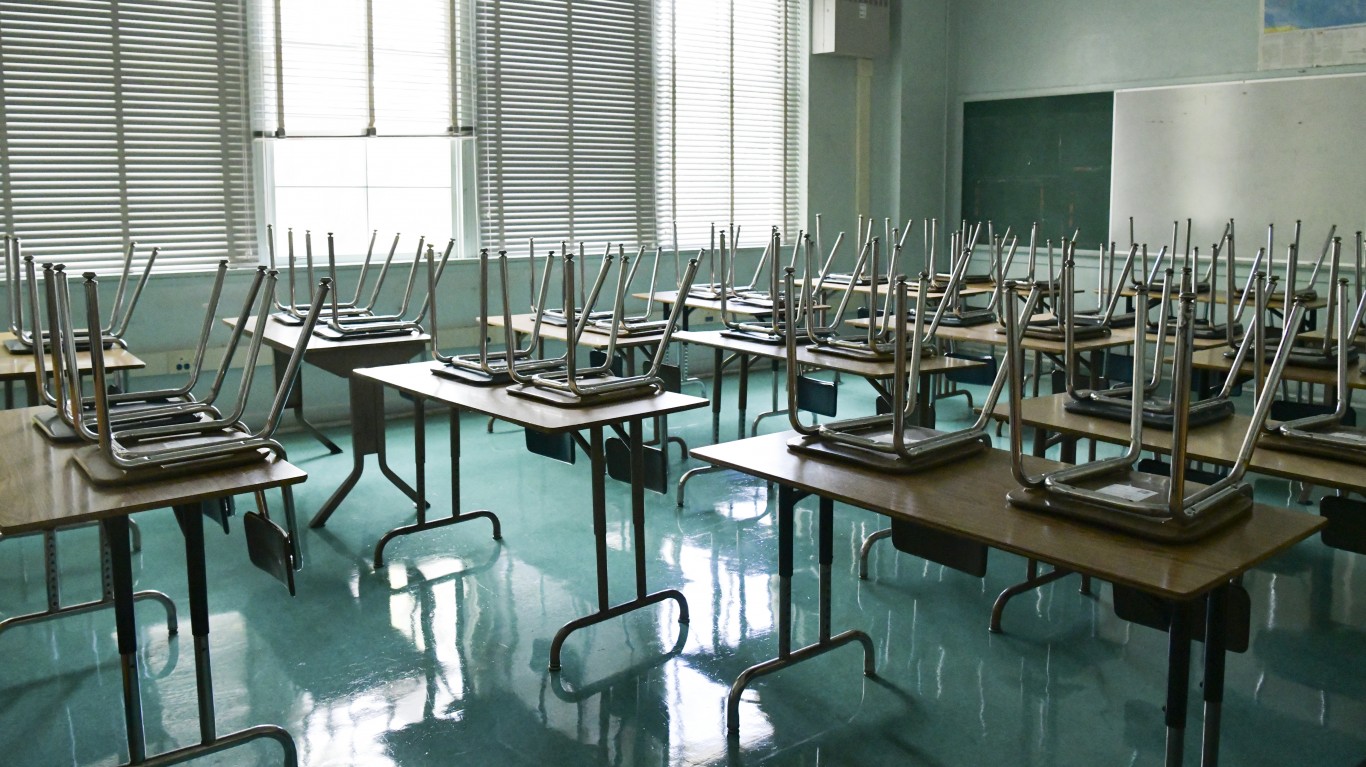 College enrollment has been steadily declining in the United States in recent years. With rising tuition fees and rising student debt, enrollment has fallen on average by noat least 2% per year year since 2010. While four years of college may not be for everyone, Americans without a bachelor’s degree tend to be much more limited in their career opportunities, job security, and earning potential. .

Using education data from the US Census Bureau, 24/7 Wall St. identified the least educated ZIP codes in the United States.

In addition to being better protected against unemployment, Americans with bachelor’s degrees also tend to have higher salaries. The average weekly salary of a college-educated worker in the United States is about 67% higher than that of those with no more than a high school diploma. And in places with low educational attainment, incomes also tend to be below average. In nearly every ZIP code on this list, the typical household earns less in a year than the national median household income of $62,843.

US assures Baltics as it warns Russia is ‘ready to strike’