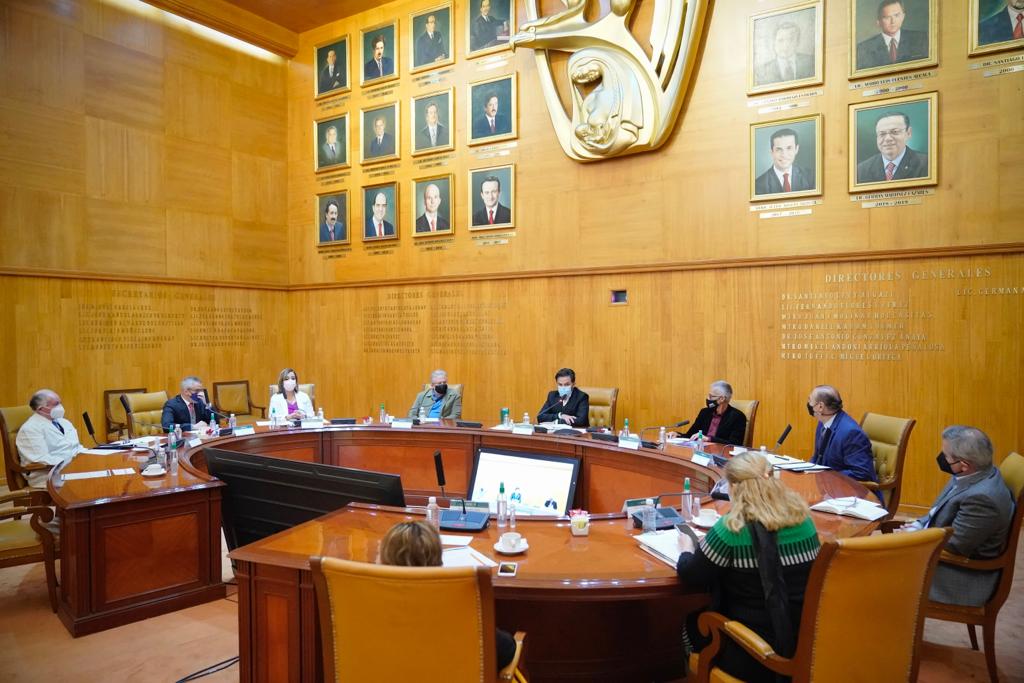 The Mexican Social Security Institute (IMSS) and representatives of the Pan American Health Organization/World Health Organization in Mexico (PAHO/WHO) and the United Nations (UN) are developing a strategy to standardize The country’s health system as a universal right, said general manager Zoe Robledo.

In a virtual meeting of the authorities of the IMSS at the central level with the heads of decentralized administrative operating bodies (OOAD) of the State and the directors of highly specialized medical units (UMAE), The Director General of the Institute welcomed the new representative of the Pan American Health Organization/WHO in Mexico, Miguel Mallo Serrano, as well as United Nations Health Systems Services Consultant Dr. Armando de Negri Filho.

Zoe Robledo stressed that the integration of the national health system is not only about the number of hospitals and first level units, “it is a deeper element and that is why It gives me a lot of confidence and passion to hear two international officials With different paths and results, we hope our path will be very fruitful.

It was considered appropriate to start managing these new international civil servants “Totally outside the scope of the IMSS” and discussing the transformation of the health system What started even more difficult at the beginning of the year.

In his message, Miguel Mallo Serrano, PAHO/WHO representative in Mexico, said the purpose of the visit to central social security offices was to certify PAHO’s support “for any outreach work with the ‘IMSS, Think about the very important leadership role that the Mexican Social Security Institute is playing right now In this proposal to transform the health system.

He pointed out that this is a very complex challenge due to the circumstances that the country is going through, butIt has great potential to grant access to health services to all Mexicans, Without discrimination, end disparities between health and disease.

Malo Serrano noted that for this purpose the role of the owners of the representative offices of the IMSS will be essential, “they are the actors of the territory, and you in the states, you play a fundamental role. Be able to support the formulation and management of these operations that will lead to improvements in the health and well-being of all Mexicans.

For his part, United Nations Health Systems Services Advisor, Dr. Armando de Negri Filho, said the health policy that is expected to have an impact, Dr.It must be linked to the idea of ​​well-being, who also venture into working environments, conditions of employment, wages, housing and transportation, In order to ensure more justice and social equality.

He recognized that the IMSS is an institution with different dimensions, “its knowledge, its organizational heritage and its historical background, It serves us powerfully as an element of projection what would be a national health policy, system and service; This will be very important in this ongoing process of federation of services under this new national system managed by IMSS-Well-being.

Armando de Negri pointed out that the pandemic has posed a challenge to rethink what it means Building social security that protects everyone, “Mexico has had a very important moment in the face of great challenges and it is time to meet them, and I hope that I can also contribute modestly to this effort.”

On this occasion, Felipe Cruz Vega, technical coordinator of special projects at the Medical Benefits Department, explained that the safe hospital strategy It is part of the National Disaster Risk Reduction Policy Strengthen the resilience of health facilities to emergencies and disasters.

In the Technical Council room of the IMSS, the historic relationship between the Pan American Health Organization, which has existed for 120 years, and Social Security, which will celebrate its 80th anniversary, is highlighted. “They have extraordinary strength in Their common goals and successful experiencesEspecially in the context where the epidemic occurred.