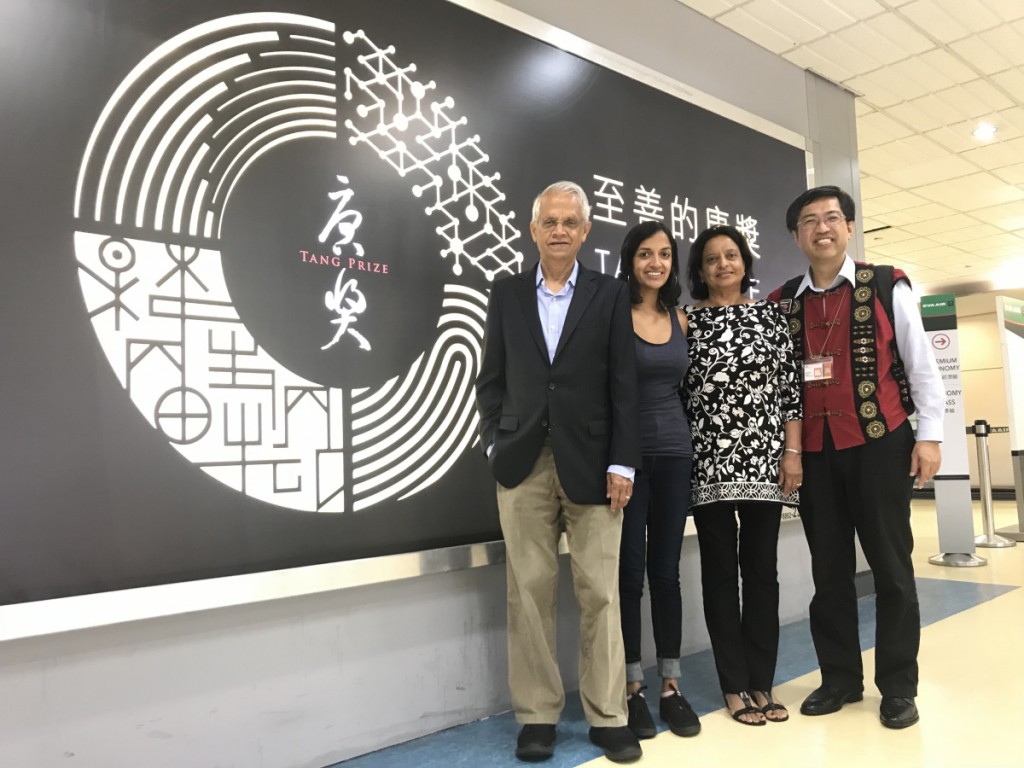 SHARM EL-SHEIKH (Tang Prize Foundation) — COP27, the 27th Conference of the Parties to the United Nations Framework Convention on Climate Change, kicked off in Egypt on 6 November. Two weeks of intense and heated debates should take place at this summit.

In his opening address, UN Secretary-General António Guterres warned the world that humanity is fighting for survival but losing because “greenhouse gas emissions keep ‘increase. Global temperatures continue to rise. He also sent a somber message saying “we’re on a highway to climate hell with our foot on the accelerator”.

Faced with this precarious situation, Professor Veerabhadran Ramanathan, winner of the 2018 Tang Prize for Sustainable Development and climatologist who was the first to point out that chlorofluorocarbons (CFCs) are also a type of greenhouse gas, thinks it is nearly impossible to cap global warming at 1.5 degrees Celsius.

In a related 2018 paper he co-authored, Professor Ramanathan had already predicted that the 1.5℃ threshold would be crossed by 2030. Therefore, we need to take action now to prepare for a world that will be 1.5℃ warmer.

However, in an email to the Tang Prize Foundation, Prof Ramanathan added that we still have around five to eight years to ‘keep warming within the 1.5 to 1.7 range’.

To achieve this objective, we must activate three levers simultaneously. First, to “mitigate emissions of short-lived climate pollutants”, such as “methane, HFCs, black carbon soot and ozone in the lower atmosphere”.

Second, “reduce CO2 emissions by almost 50% by 2035”. Third, “intensify efforts to extract CO2 from the air using nature-based solutions and mechanical/chemical means, to approximately 5 gigatonnes per year by 2035.”

First, “we need to change our approach and build climate actions around climate resilience” and this needs to be supported by three pillars. “Pillar 1: mitigation to reduce climate risks; this requires pulling the three levers described above.

This means reducing climate risks by reducing the amount of short-lived climate pollutants, reducing CO2 emissions by nearly 50% by 2035, and taking action to remove approximately 5 gigatonnes of CO2 from the atmosphere every year.

“The second pillar is adaptation, under which actions must be taken at the local, district and state/national level, to reduce vulnerability and exposure to climate risks.” Finally, “the third pillar is the transformation of society and the ecosystem to develop adaptive capacity”.

The document asserts that “we must focus our resilience action on the three billion poorest people, who have little or no access to modern fuels and are therefore dependent on primitive fuels ‘like wood and charcoal’ to meet their needs. basics such as cooking and heating.” Moreover, “they now have no means of adapting to the climatic shocks that fall on them disproportionately”.

Thus, “a greater part of the climate funds” should “be devoted to providing them with access to clean energy” and there should be “funds to compensate for the losses and damages suffered by them”, such as “the loss of assets due to climatic shocks, livelihoods and well-being.

Professor Ramanathan was jointly awarded the 2018 Tang Prize for Sustainable Development with Dr James Hansen “for making fundamental contributions to our fundamental understanding of climate change and the impacts of air pollution, and for taking direct action to defend and facilitate effective mitigation policies”.

He was the first to identify CFCs as greenhouse gases. As early as 1975, he discovered the greenhouse effect of halocarbons, in particular CFCs used in refrigeration and manufacturing. Like CO2, CFCs not only deplete the ozone layer, but also have a detrimental impact on the climate.

His research results played an important role in the 1985 Vienna Convention for the Protection of the Ozone Layer and the 1987 Montreal Protocol.

About the Tang Prize

With the advent of globalization, mankind has been able to enjoy the convenience brought by the advancement of human civilization and science. Yet a host of challenges, such as climate change, the emergence of new infectious diseases, wealth disparities and moral degradation, have surfaced along the way.

Every two years, four independent and professional selection committees, composed of many eminent international experts and scholars, including Nobel laureates, choose from a pool of candidates who have influenced and made substantial contributions to the world, regardless of their ethnic origin, nationality or sex.

The hope is to encourage more people with professional knowledge and skills to meet the most pressing needs of humanity in this century and to become driving forces for the development of human society through their outstanding research. and their civic engagement.