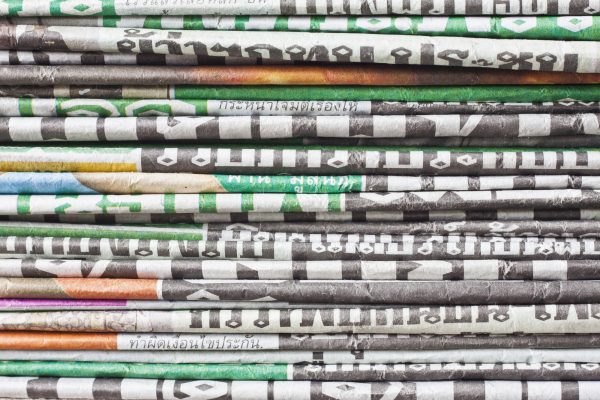 The latest edition of Reporters Without Borders’ (RSF) annual media freedom ranking paints a deflating, if unsurprising, picture of the state of the press in Southeast Asia, with 10 of the region’s 11 countries occupying positions in the bottom half of the rankings.

The World Press Freedom Index, in which the Paris-based press advocacy group assesses the state of journalism in 180 countries and territories, was released yesterday to coincide with World Press Freedom Day. hurry. The report said the press situation was “very serious” in three Southeast Asian countries and “difficult” in seven others. Only one – Timor-Leste – ranked higher.

According to a statement accompanying its release, this year’s index highlights a continued decline in media freedoms, which reflects the growing power of authoritarian governments and “the disastrous effects of news and information chaos – the effects of a globalized and unregulated online information space that promotes fake news and propaganda.

Both of these trends were apparent in Southeast Asia, where the most prominent slider was Myanmar, which ranked 176th out of 180 countries and territories surveyed by RSF, up from 139th in last year’s survey. . This obviously reflects the country’s rapid descent into repression since the army seized power in February 2021.

Get notified with the story of the week and develop stories to watch across Asia-Pacific.

Prior to the coup, the country’s government was far from a paragon of press freedom. Since last February, however, the situation has deteriorated considerably. Myanmar has become “one of the world’s biggest prisons for media professionals”, the report says, as the junta bans independent media and reinstates its old system of press censorship.

The military government also detained more writers, scholars and public intellectuals than any other country last year. According to PEN America’s Write Freedom Index, released last month, Myanmar’s junta detained at least 26 writers in 2021 and now ranks third in the world behind Saudi Arabia, which currently has 29 writers in detention. detention, and China (85) . Two Burmese journalists have died in custody since the coup.

Vietnam, which, like China (175th position) and Laos (161st), is only two places behind Myanmar in RSF’s World Press Freedom, maintains a tight grip on the press. The same goes for Brunei (144th), where the main dailies are directly owned by the family of the absolute monarch, Sultan Hassanal Bolkiah, and where self-censorship by journalists is the norm.

The situation was little better in nominal democracies in the region, where the corrosive effects of media concentration and growing illiberalism undermined the freedom of the press to hold the centers of power to account. The Philippines, which came in 147th place, was one of many democracies in which the country’s outspoken media “faces pressure from increasingly authoritarian and/or nationalist governments”. Under President Rodrigo Duterte, the report adds, “some critical journalists [have been] targets of intense harassment campaigns, such as that targeting Nobel Peace Prize laureate Maria Ressa.

The next places were occupied by Cambodia (142nd position), where Prime Minister Hun Sen “ruthlessly attacked the press before the July 2018 legislative elections”, and Indonesia (117th), where freedom enjoyed by the country’s thriving press remains limited by the power of the military and radical Islamic movements.

Slightly ahead is Thailand (115), whose treatment of the press is in line with Prime Minister Prayut Chan-0-cha’s statement that journalists should “play a major role in supporting government business”, and Malaysia (113) , where journalists and editors have faced spurious legal challenges from powerful government figures. The report also spared no criticism of Singapore (139), whose tight regulatory control over the media “is not far behind China when it comes to suppressing press freedom” .

The only glimmer of light in an otherwise bleak picture was Timor-Leste, which ranked remarkably 17th, ahead of established democracies like Canada, Australia and the United States. There, a relatively free press has played an important role in consolidating the country’s young democratic system since its independence in 2002. But the state of politics in Southeast Asia suggests that despite all the hard work and bravery of the region’s media professionals, journalists will continue to be a risky profession for some time to come.