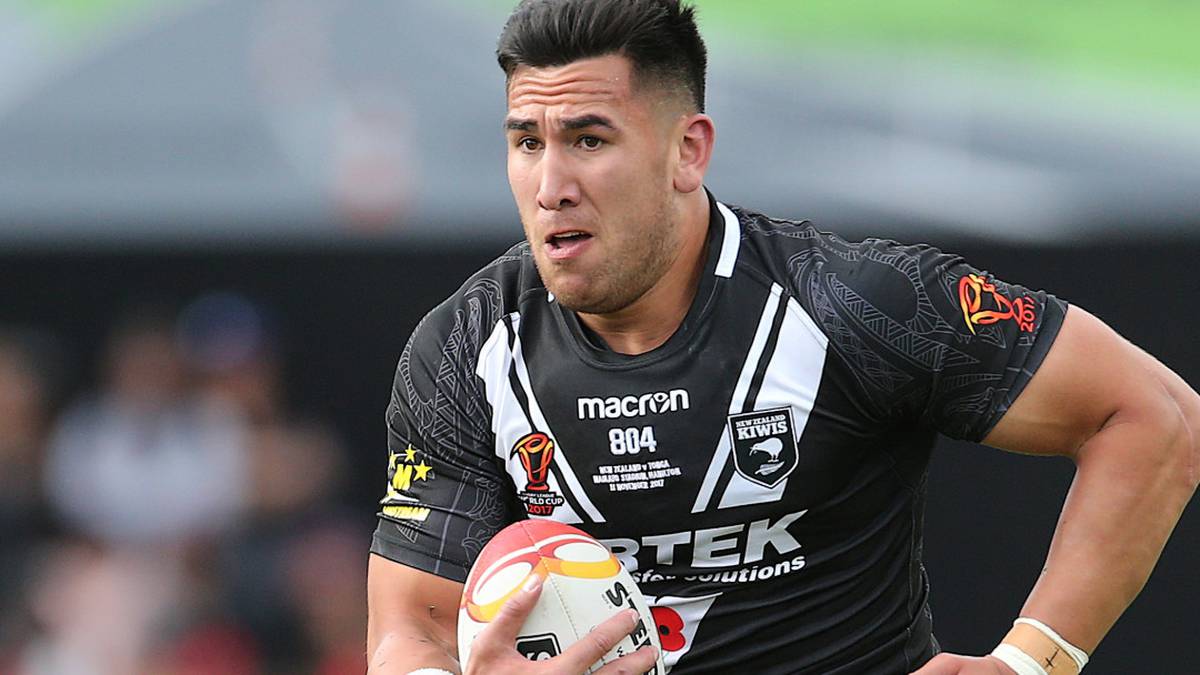 Nelson Asofa-Solomona in action for the Kiwis during the 2017 Rugby World Cup. Photo / Photoport

One of the NRL’s most prized early rowers is said to have switched to rugby union to escape the sport’s vaccination mandate.

The two-time NRL title winner has been a vocal opponent of Covid-19 vaccines and as a result was ruled out of the Storm’s pre-season training sessions over the summer.

Captain Storm and fellow Kiwis representative Jesse Bromwich revealed last month that his calls to Asofa-Solomona had not been returned and that he was worried about his future.

“Many of us boys care deeply for him and I tried to contact him but got nothing in return,” Bromwich told Wide World of Sports.

“I know he has his beliefs around vaccination and it’s up to him, but we really want him back. So hopefully the issue gets resolved soon.”

Now, it looks like Asofa-Solomona has found a way to remain a professional athlete without having to undergo vaccinations.

Rugby in Japan is governed by the country’s general vaccination laws, where mandates are a distant memory of the 20th century. Accordingly, Asofa-Solomona would be free to play.

However, despite the fact that he played rugby as a teenager, Asofa-Solomona has a distinct lack of experience in coding at the professional level and would surely need a long period of training and experience in the lower classes. It is currently unclear how he could undertake this crucial step before the start of the 2023 season.

Asofa-Solomona signed with the Melbourne Storm aged 15 and has racked up 141 appearances for the club since, alongside six caps for the Kiwis.