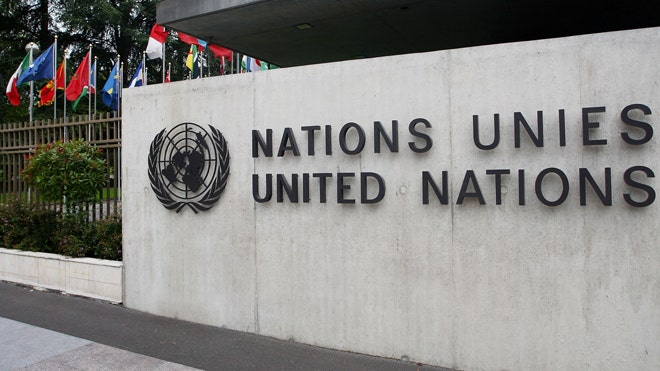 Rep. Mike Rogers rolls out measure to withdraw US from United Nations and World Health Organization

EXCLUSIVE: The House Armed Services Committee’s top Republican, Rep. Mike Rogers, introduced a measure that would remove the United States from the United Nations and the World Health Organization (WHO), saying the bodies were soft on China.

Rogers, R-Ala., told Fox News that the UN “has repeatedly proven itself to be a totally useless organization.”

Before arriving, Bachelet said the trip was not an “investigation” and agreed to visit just two places in the Xinjiang region where China’s human rights abuses against Uyghurs have been widely documented. .

“The Charter of the United Nations sets out the mission of the United Nations to “reaffirm faith in fundamental human rights, in the dignity and worth of the human person, in the equal rights of men and women and of nations, big and small,” Rogers said. “However, Michelle Bachelet, the United Nations High Commissioner for Human Rights, has proven to be nothing more than a puppet for the Chinese Communist Party — helping the CCP to downplay the very real and horrific genocide perpetrated against the Uyghurs.”

Rogers added that it is “unconscionable that China continues to sit on the UN Human Rights Council even as it commits this disturbing genocide on top of its many daily violations of basic human rights.”

“It is clear that the UN has abandoned the ideals established in its founding charter and that is why, among many other reasons, I have reintroduced legislation to withdraw the United States from the UN,” said Rogers.

Rogers reintroduced the American Sovereignty Restoration Act of 2022, which would remove the United States from the UN and “the corrupt World Health Organization”.

Rogers first introduced similar legislation in 2015. Aides to Rogers’ office told Fox News that the bill, at the time, was referred to the House Foreign Affairs Committee, but “unfortunately , it was never presented”.

“We believe the shocking and public capitulations to the CCP by the UN and WHO over the past two years will bring renewed interest in Rep. Rogers’ bill,” the aide said.

WHO Director-General Tedros Adhanom Ghebreyesus speaks to the media about COVID-19 in Geneva, Switzerland, December 20, 2021.
(Salvatore Di Nolfi/Keystone via AP)

The new legislation would prevent authorization to earmark funds for the United Nations or any agency and commission associated with it.

China has been accused of wrongfully imprisoning up to three million Uyghurs in the Xinjiang region, as well as performing forced sterilizations and abortions. Chinese authorities say camps in the area are “re-education” facilities fighting Islamic extremism.

There is overwhelming evidence to suggest that China is in fact committing cultural genocide against Uyghurs, and the Biden administration has condemned China for such abuses.

Congress passed the Uyghur Forced Labor Prevention Law in December, a bipartisan law that prevents the importation of goods made by forced labor into the Xinjiang region.

Rogers told Fox News that the WHO “lost all credibility when it chose to put public health after the Chinese Communist Party by helping the CCP cover up the origins of COVID-19.”

Meanwhile, activists and others had called on Bachelet to condemn what the United States and others called the genocide of Uyghur Muslims in the region. China has claimed it is committed to countering radicalization and counterterrorism, but activists and governments have instead pointed to evidence of mass detentions, forced sterilizations, bans on religious and cultural practices, and torture.

Regarding the regime’s human rights abuses, she said she had “raised questions and concerns” about Xinjiang, as she also seemed to accept Chinese claims that the policies were designed to combat terrorism and radicalization.

“I have encouraged the government to undertake a review of all counter-terrorism and deradicalization policies to ensure that they are fully in line with international human rights standards, and in particular that they do not are not applied in an arbitrary and discriminatory manner,” she said.

Even the Biden administration, which joined the Human Rights Council this year, has expressed concern over Bachelet’s visit – noting the many restrictions placed on the visit by Beijing.

“While we continue to raise our concerns about human rights abuses in China directly to Beijing and support those who do, we are concerned that the conditions imposed by the Beijing authorities during the visit will not have not allowed for a comprehensive and independent assessment of the human rights environment in the PRC, including in Xinjiang, where genocide and crimes against humanity continue,” said Secretary of State Antony Blinken. in a press release.

Brooke Singman is a Fox News Digital political reporter. You can reach her at [email protected] or @BrookeSingman on Twitter.