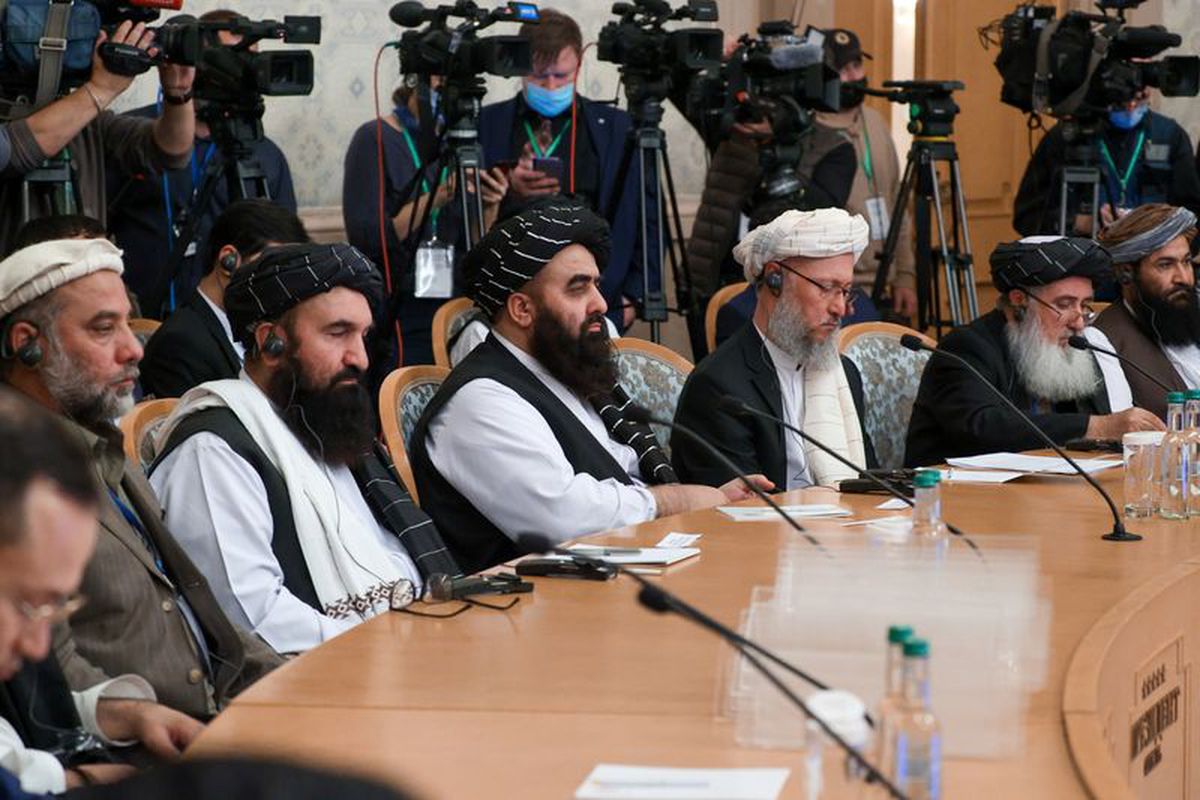 Russia, China, Pakistan, India, Iran and five former Soviet states in Central Asia have joined with the Taliban in calling on the UN to convene such a conference as soon as possible to help rebuild the country. .

They said this should take place “with the understanding, of course, that the main burden … should be borne by the forces whose military contingents have been present in this country for the past 20 years.”

It was a pointed reference to the United States and its allies, which invaded Afghanistan after the attacks of September 11, 2001, and whose brutal withdrawal allowed the Islamist Taliban to regain control of the country in August.

Russia has led the appeals for international aid, aware that any spillover from the conflict from Afghanistan could threaten regional stability.

“No one is interested in the complete paralysis of an entire state, which borders, among others, the CIS [Commonwealth of Independent States]Kremlin spokesman Dmitry Peskov said.

The resurgence of the Taliban fueled international fears of a return to their harsh form of Islamist rule in the 1990s, when they welcomed Osama bin Laden’s al-Qaeda movement and committed gross human rights violations, including public stoning and the marginalization of women at work and in schools.

Since their return to power, the Taliban say they have acted as quickly as possible to open their government and guarantee women’s rights, and that they pose no threat to any other country.

“Afghanistan will never allow its soil to be used as a base for anyone who threatens the security of another country,” Foreign Minister Amir Khan Muttaqi said.

Abdul Salam Hanafi, the Deputy Prime Minister who led the delegation, said: â€œIsolating Afghanistan is not in anyone’s interest.

While governments around the world, including Russia, refused to officially recognize the Taliban government, the statement acknowledged the “new reality” of their rise to power.

Russia’s initiative to host the talks is part of an effort to strengthen its influence in the region following the US withdrawal. Its main fear is the risk of instability in Central Asia, and possible flows of migrants and militant Islamist activities from Afghanistan.

Concerns escalated after a series of attacks by the Afghan affiliate of Islamic State – dubbed ISIS in Khorasan province after an old name for the region – on mosques and other targets that killed hundreds of people.

Russia waged its own disastrous war in Afghanistan in the 1980s and maintains close military and political ties with the former Central Asian Soviet republics that border Afghanistan.

In addition to saying that no militant group will be able to operate from Afghanistan, the Taliban have said they will protect the rights of women and minorities. But many women and girls have been barred from going to work or school, and the interim cabinet includes only men.

Our Morning Update and Evening Update bulletins are written by The Globe editors, giving you a concise summary of the day’s most important headlines. register today.