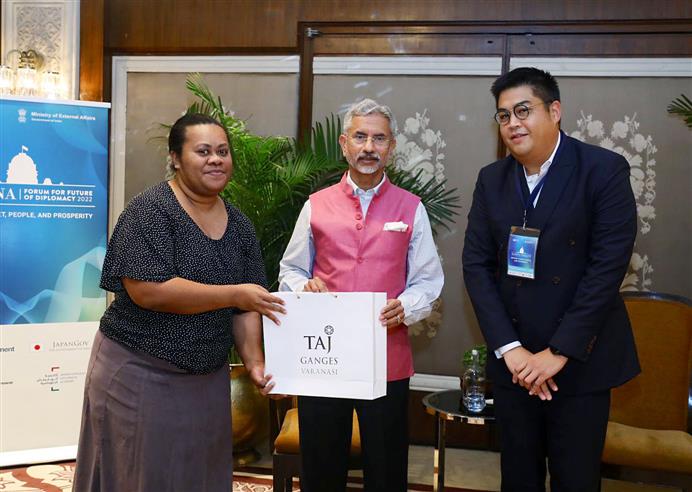 Nations must speak out on impact of conflict in Ukraine : Jaishankar: The Tribune India

External Affairs Minister S Jaishankar has called on countries with independent foreign policies to speak out on the stress they are under due to the war of wealthy nations. During his many speeches during his visit to Egypt which ended on Sunday, he also featured countries looking at various options to ensure food and energy security.

“It’s a very intense globalization. A globalization that offers huge opportunities but also has inherent risks that need to be addressed by like-minded, comfortable countries, coming together and doing more with each other,”

remarked the Minister of Foreign Affairs.

“There is a need for independent-minded countries to speak out,” urged the minister, as “rich and developed countries do not fully realize how much the poorest countries are suffering from what is happening in the world . It’s a very stressful situation, very unhappy world. Countries are struggling in a polarized world,” he said during an interaction with the Indian diaspora.

The minister welcomed Egypt’s purchase of Indian wheat, perhaps the first in its history. Supplies have not been too smooth as “unfortunately for us the year proved to be weather-wise difficult for agriculture and therefore a substantial initial supply was not something we could Continue”.

“But there is a lesson that for Egypt, sourcing from India takes the risk out of food supply which was otherwise very, very dependent on very narrow geographical areas,” he added.

Jaishankar also recalled Defense Minister Rajnath Singh’s visit to Egypt and said the two countries have intensified their defense and security cooperation. He also highlighted India’s commitment to the success of COP27 under the Egyptian Presidency. In a tweet, he said: “My first official visit to Egypt has come to an end. Our common perspectives and shared interests will surely take the ties to the next level.

Getting a home equity loan with bad credit