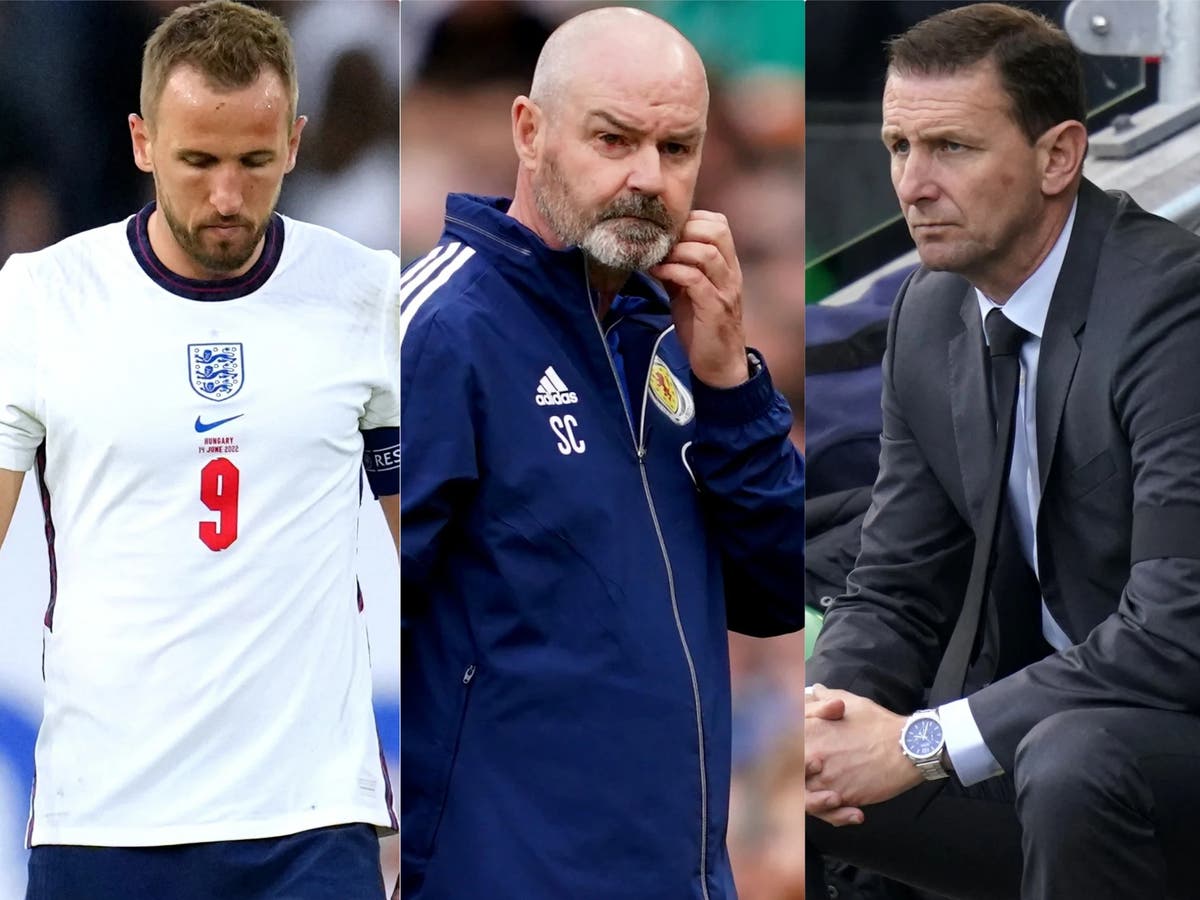 England and Wales are bottom of their respective Nations League groups after the latest round of fixtures.

Scotland – second in their group – are the best placed of the home countries, while Northern Ireland and the Republic of Ireland are third in their respective groups.

Here we look at how recent encounters have gone for each nation.

England are winless in Group A3 after their first four matches following Tuesday night’s 4-0 loss to Hungary at Molineux. The Three Lions lost both games against Hungary and were held 1-1 and 0-0 respectively in Germany and Italy at Molineux. They face an uphill battle to qualify for the semi-finals.

Wales have done even worse, taking just one point from their first four matches in Group A4. Rob Page’s side lost their opener 2-1 in Poland and were beaten by the same scoreline by Holland in Cardiff. Brennan Johnson’s late equalizer in the Welsh capital earned them a 1-1 draw with Belgium ahead of Tuesday night’s 3-2 loss to the Dutch in Rotterdam.

Scotland sit second in Group B1, two points behind leaders Ukraine. Steve Clarke’s side beat Armenia 2-0 at Hampden Park in their opener and bounced back from Saturday’s 3-0 loss to the Republic in Dublin by picking up three more points in the impressive Tuesday night’s 4-1 triumph in Armenia.

The Republic are one place and two points behind Scotland after playing one more game in their pool. Boss Stephen Kenny has been criticized for his side’s performance. They lost both opening matches 1-0 – in Armenia and against Ukraine in Dublin – and, following Saturday’s encouraging win over the Scots, drew 1-1 with Ukraine on Tuesday night in Lodz .

Northern Ireland are third in Group C2, 10 points behind leaders Greece with two games to play. A narrow 1-0 defeat to Greece at Windsor Park in their opener was followed by a goalless draw in Cyprus. Ian Baraclough’s side are winless and only secured their second point thanks to Jonny Evans’ late equalizer in a 2-2 draw at home to Cyprus on Sunday.

Garena Free Fire Redeem Codes for June 16, 2022: Get the Vermilion Whirlwind Bundle and Other Freebies