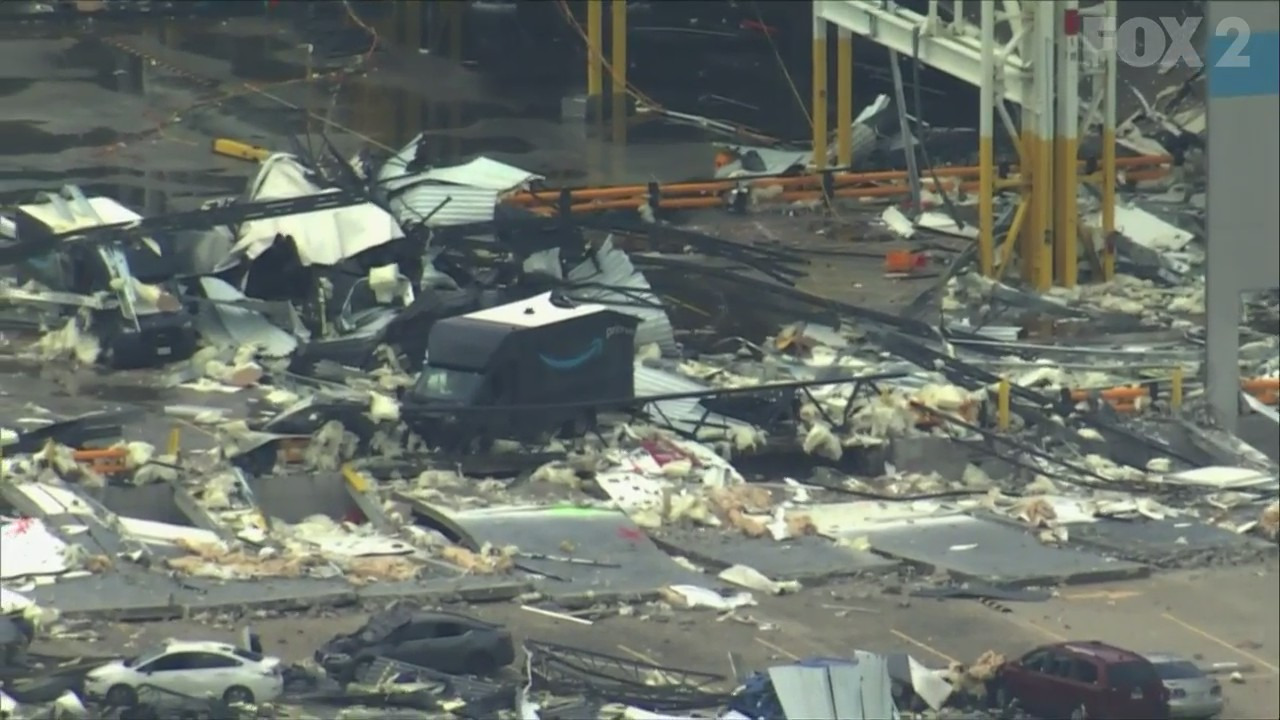 SPRINGFIELD, Ill. (NEXSTAR) – A panel of House lawmakers reviewed building code protocols and heard testimony from emergency management experts at a warehouse standards hearing on Monday in a bid to improving workplace safety during natural disasters.

The House Labor and Commerce Committee held the hearing in response to the EF-3 tornado that ripped the roof off the Amazon fulfillment center in Edwardsville last December. The building collapsed, killing six workers inside and seriously injuring another.

“Our obligation as elected officials to look at whether or not there were things that could have been done with respect to the building code, with respect to worker safety,” Hoffman said.

“We can’t stop tornadoes,” Stuart said, “but hopefully we can do what we can to stop the loss of life and keep people safe.”

“Tornadoes cause more deaths in the United States than hurricanes and earthquakes combined, and most tornado deaths occur inside buildings,” said NIST wind research engineer Marc Levitan. . “Tornado fatalities are a building problem.”

John Felton, senior vice president of Amazon, told a press conference in December that the warehouse has a storm shelter. Most of the workers inside the center were evacuated there. Felton said the shelter was “mostly in good condition”.

In 2014, Illinois updated its school building code to include a storm shelter for all newly constructed schools.

Labor experts have pointed out that even with safer buildings, employees still need to be trained by their employers on how to respond to natural disasters while staying on time.

“You can have the safest and best security chambers in the country,” said Illinois AFL-CIO President Tim Drea. “But if the workers don’t know how to go there, they won’t do any good.”

“[Emergency services] need built-in redundancy to ensure response capabilities are there when they are needed,” Whiteford wrote. “Whether it’s the next tornado, earthquake, ice storm or terrorist attack, adequate funding is essential to ensure this capability.

State lawmakers have yet to introduce legislation in response to the tragedy.

OSHA is currently investigating whether Amazon followed workplace safety rules during the tornado. The agency must conclude its investigation by April.

Release of four missing Afghan women activists, according to the United Nations Assistance Mission in Afghanistan

The United Nations has urged nations and other actors to develop measures to help Afghans.