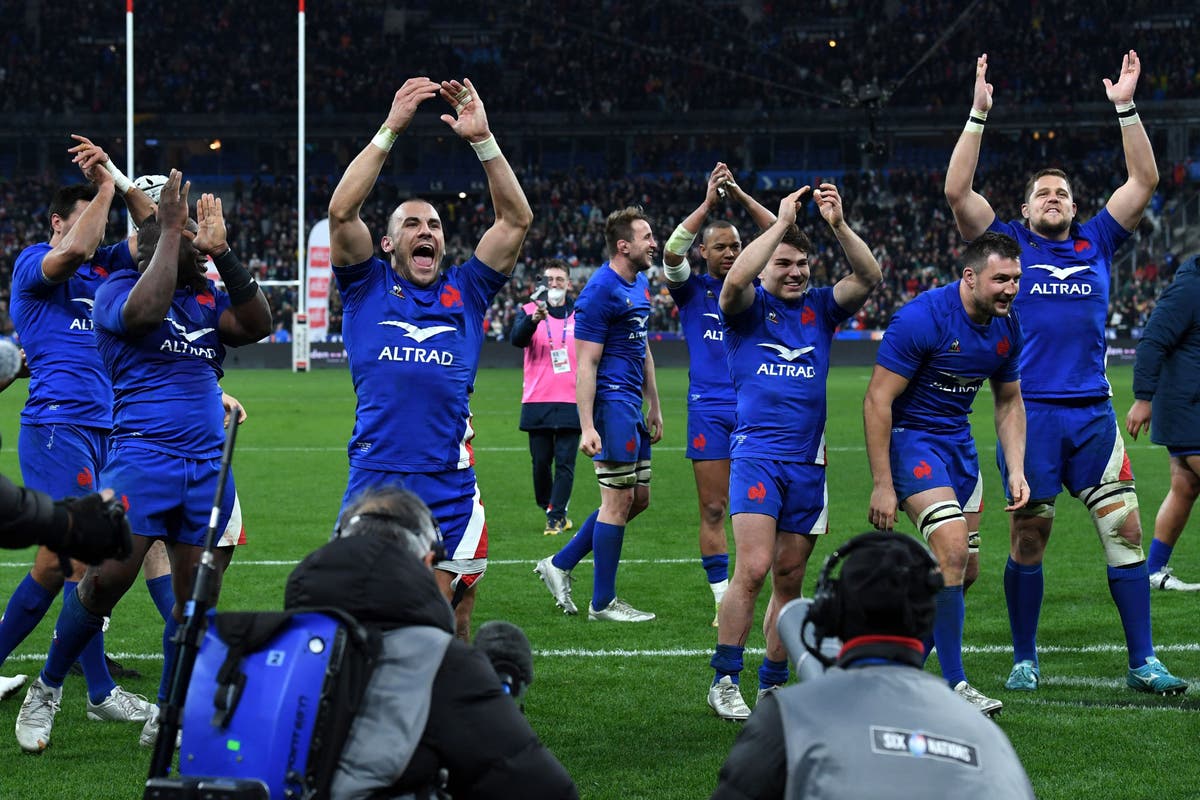 Antoine Dupont’s try at just 67 seconds set the tone for a breathtaking evening of free-flowing rugby at a noisy Stade de France.

But the indiscipline ultimately proved costly for Andy Farrell’s visitors as six penalties from Melvyn Jaminet, plus a second-half try from Cyril Baille, helped the Blues take a giant step towards a first title since 2010 .

Ireland arrived in the French capital unbeaten since losing to France at the weekend last year, but without the services of injured skipper Johnny Sexton.

Both teams started the tournament with bonus point wins and pre-game talk was dominated by the fact that this was a possible early title decider.

Although no Six Nations championship was won in the second round, the match certainly lived up to the hype, kicking off with a breathless 10-minute opener in which France rocketed off the blocks.

Roared by a passionate home crowd, the live Dupont plunged after a huge save from Uini Atonio and a good offload from Romain Ntamack, with a conversion and penalty from Jaminet quickly stretching the scoreboard to 10-0.

But Fabien Galthie’s hosts didn’t get a chance to take advantage of their first cushion as Ireland immediately fought back.

Australian-born Hansen claimed his first Test try in bizarre fashion, rushing forward to unexpectedly snatch Carbery’s restart kick through the air and power down the left in just the sixth minute .

Carbery – filling in the important boots of former Racing 92 player Sexton, who received mockery from the stands when he appeared on the big screen – coolly added a tricky conversion, his first of three.

Faced with the formidable physique of the French peloton, Farrell’s men were forced to make many more mistakes this time.

And their repeated indiscretions proved costly, with three more Jaminet penalties giving the hosts 19-7 ahead at the break.

Full-back Jaminet netted a monster penalty midway just after the restart but Ireland were not about to turn around.

They responded with two converted tries in six minutes to reduce their deficit to a single point at 22-21.

Van Der Flier broke up a maul to land after an Irish lineout, before Gibson-Park – who was at fault on France’s early start – ran through the middle to go under the posts.

Sensing a change in momentum, the home crowd raised the noise level and their team responded duly.

The Baille prop bulldozed to claim the Blues’ second try of the evening, with Jaminet’s one wayward kick meaning the Irish were just six points behind.

A Carbery penalty then left proceedings firmly in place in the final seven minutes, with tension on the terraces almost palpable.

But the Irish resistance was fatally broken three minutes from the end, with the impressive Jaminet once again at the heart of the action.

The Perpignan player was denied a try after replays showed he failed to hit the ground properly under pressure from Dan Sheehan but recovered to score another penalty.

Cheers – mixed with some relief – greeted the final whistle as France ensured they were the only team still in Grand Slam contention heading into the third round.