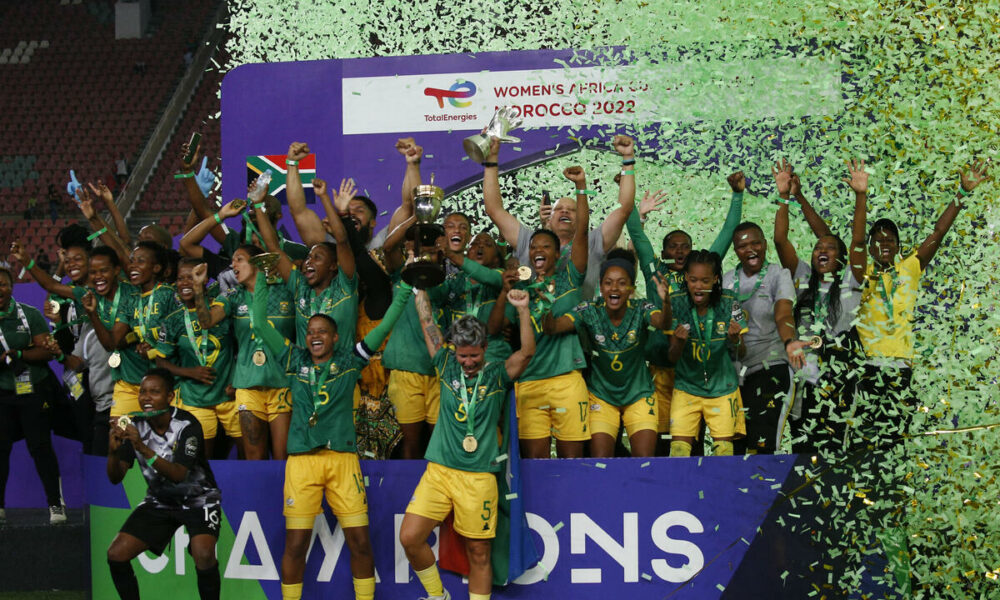 After losing five finals, the South African women’s football team beat Morocco 2-1 to win the Africa Cup of Nations for the first time in their history.

This is the first time for Banyan. Striker Hildah Magaiah’s brace helped South Africa beat Morocco 2-1 in the final on Saturday (July 23rd) to win their first Women’s Africa Cup of Nations (AFCON) in Rabat.

The South African striker, tottering throughout the game, delivered his first CAN to the Banyans after losing five finals.

“They wanted to win this cup so badly and now it’s done,” said South African coach Desiree Ellis, who praised the “character of the team”.

>> WATCH: “Women’s football invited to the second edition of ‘Can des Quartiers'”

Magaiah first fired a cross back in the 63rd minute, then did it again eight minutes later with the ball over Moroccan goalkeeper Khadija Er-Ramichi.

Tottenham player Rosella Ayane reduced the score in the 80th minute for the Atlas Lionesses. But it’s too late.

Despite pressure from Morocco, a solid South African defense remained in place until the end of nine minutes of extra time.

Apart from a smoke crack emitting thick smoke onto the pitch, both teams came into the break 0-0 after a balanced first half without a spark.

The only chance came in the 36th minute when Hildah Magaiah threatened goalkeeper Er-Ramichi with a low heel.

In the second half, the well-organized South Africans looked fresher than their lackluster rivals.

Lioness manager Renald Pedros admitted after the match: “We would love to win this box, but we were tired.”

The final was played in oppressive heat, forcing the players to hydrate regularly, in a crowded Prince Moulay Abdela stadium (45,000 spectators).

With three injuries and a total of six player changes, the meeting marked the organizations.

The first Arab country to reach the women’s can final, Morocco left the competition with their heads down after eliminating Nigeria, already multi-crowned and defending champion.

Like South Africa, it will play the Women’s World Cup in Australia and New Zealand in a year.