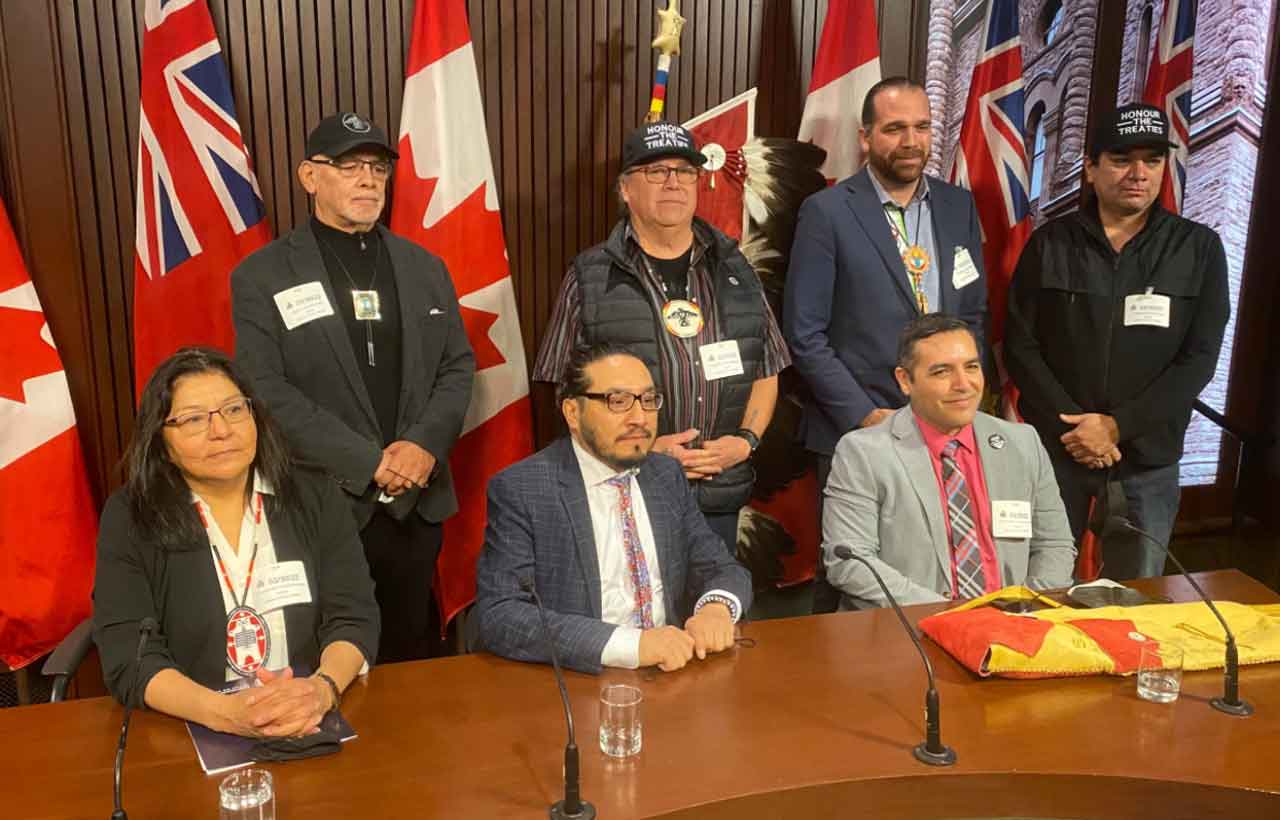 THUNDER BAY – NEWS – At a press conference in Toronto on March 30, representatives of the Nishnawbe Aski Nation and the Anishinabek Grand Council called for change with the Thunder Bay Police Department.

“The Anishinabek, Mushkegowuk and all Indigenous peoples have the right to feel safe and to be treated fairly in the City of Thunder Bay, especially by those who have sworn to serve and protect.

“We call on the Government of Ontario to serve and protect all citizens of Thunder Bay by fulfilling its duty to oversee the police force to ensure that adequate and effective policing services are provided.

The Thunder Bay Police Services Board will hold an emergency meeting on Saturday, April 2 on this matter.

Kristin Oliver, President of the TBPSB, says:Our work to transform the Thunder Bay Police Service and address deep systemic issues continues. As Chair of the Board, I understand that more work needs to be done to rebuild our relationships with the leadership and Indigenous peoples of Northwestern Ontario.”

“Without trust in law enforcement in our community, the system doesn’t work. Ensuring the integrity of investigations among cases, especially those involving our Indigenous communities, is paramount to rebuilding trust.

The move comes after TBPSB member Georjann Morriseau filed a third complaint with the Human Rights Tribunal alleging systemic racism against him by board members.

Morriseau takes leave from the Police Services Board until April 30, citing health reasons,