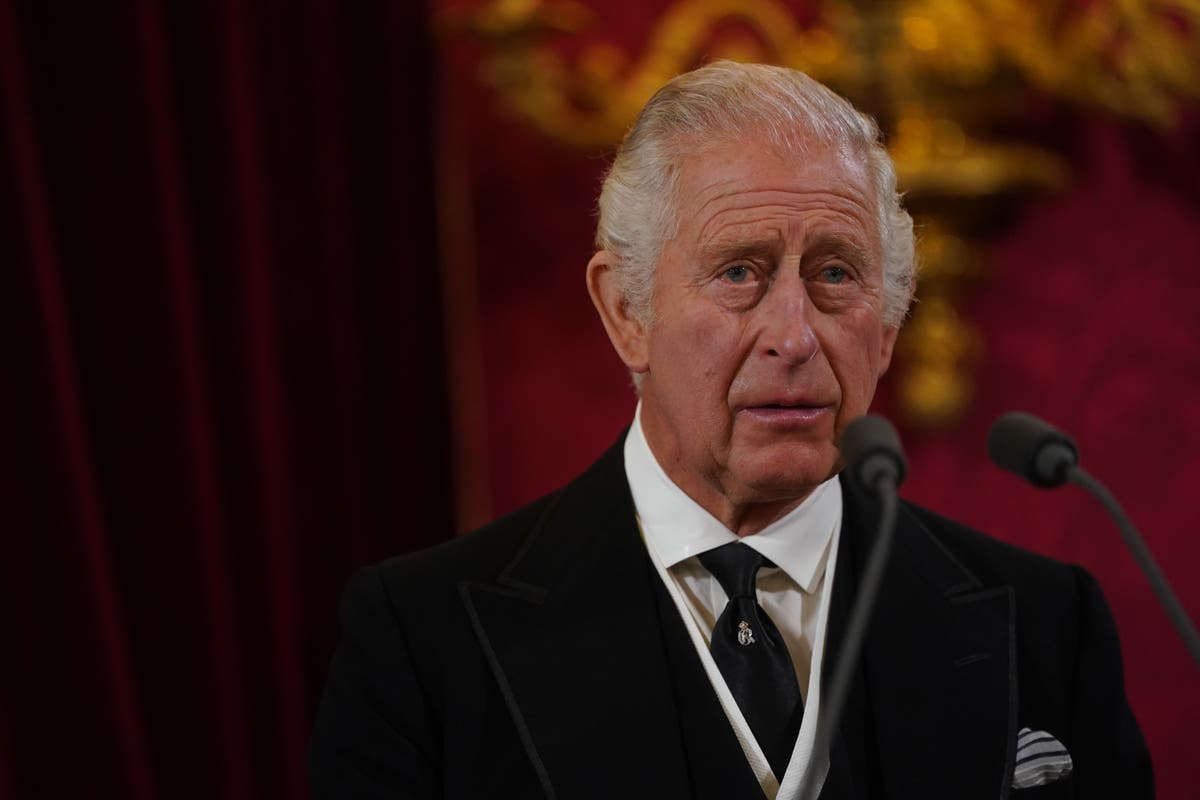 King Charles III and his Queen consort will hear condolences from the four home countries when the new monarch visits the UK ahead of the Queen’s state funeral.

Charles will travel to Edinburgh, Belfast and Wales in the coming days with Camilla and the Prime Minister, to hear politicians’ condolences and respond to their words of sympathy.

On Sunday, after meeting Baroness Scotland, Secretary General of the Commonwealth, at Buckingham Palace, Charles will welcome high commissioners and their wives from the countries where he is head of state in the Bow Room of the royal residence.

The King will begin his visit to lawmakers at Westminster Hall in London on Monday, where both Houses of Parliament will express their condolences to the new monarch and his wife – and the King will give his response.

Later today, Charles and Camilla will fly to Edinburgh where the King will inspect the guard of honor at the Palace of Holyroodhouse, before attending the key ceremony in the forecourt.

During the day, the King will join his other siblings – the Duke of York, the Earl of Wessex, the Princess Royal and her husband Vice Admiral Sir Tim Laurence – walking behind the Queen’s coffin as he is moved from the Palace of Holyroodhouse to St Giles’ Cathedral where she will rest for 24 hours so the public can pay their respects.

Camilla and other family members will travel by car and all members of the Royal Family will attend a service of thanksgiving for the Queen’s life.

At the palace, the King will hold audiences with Prime Minister Nicola Sturgeon, followed by an audience with Alison Johnstone, Speaker of the Scottish Parliament.

Words of sympathy will be expressed by the Scottish Parliament when Charles and Camilla are present to receive a motion of condolence, to which the King will respond.

That evening, the monarch will hold a vigil at the queen’s coffin with other members of the royal family.

Belfast is next with the royal couple flying to Ulster on Tuesday to visit Hillsborough Castle, where they will view an exhibition about the late Queen’s long association with Northern Ireland.

The King will then meet Northern Ireland Secretary Chris Heaton-Harris and party leaders and receive a message of condolence led by the Speaker of the Northern Ireland Assembly, again making his response.

After a short reception in Hillsborough, the King and Queen Consort will travel to St Anne’s Cathedral for a service of prayer and reflection and prior to the event Charles will meet leaders of all of Northern Ireland’s major religions, and later the royal couple will return to London.

In tribute to his late mother, the King will lead Wednesday’s procession behind the gun carriage carrying her coffin to Westminster Hall, where the lying in state will begin ahead of her state funeral on September 19.

The planned trip to Wales is scheduled for Friday, details will be released at a later date.