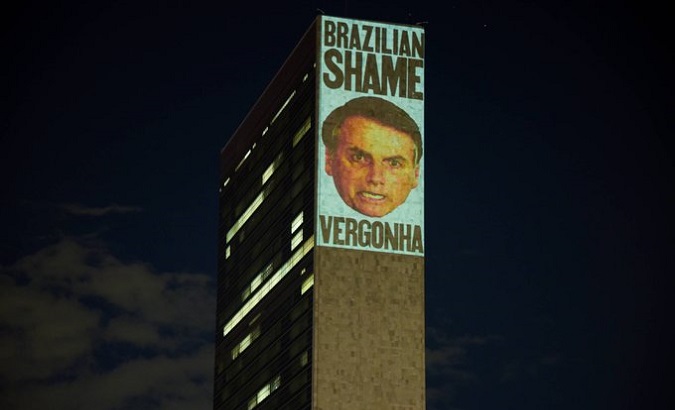 At the United Nations General Assembly on Tuesday, President Jair Bolsonaro described a Brazil that “does not exist”. This is the expression used by the Brazilian media to refer to “the lies” told by the far-right politician who aspires to be re-elected on October 2.

‘The war on drugs has failed,’ President Petro tells UNGA

Driven by the high level of voter rejection, “he addressed his supporters by describing a fictional country and presenting himself as a defender of freedom of expression”, commented Brazilian journalist Sandra Cohen.

“He behaved like a candidate for the UN plenary session,” she added, noting that Bolsonaro attacked Workers’ Party presidential candidate Lula da Silva without daring to mention his name.

The O Globo journalist also pointed out that Bolsonaro has sworn to eradicate corruption in the South American country despite the fact that there are criminal charges and corruption complaints against his family and former ministers.

One of Bolsonaro’s most commented on errors was the claim that 75% of the Amazon rainforest “remains intact”, which contradicts all evidence of deforestation recorded by international scientists.

“Two-thirds of all Brazilian territory remains with native vegetation, exactly as it was when Brazil was discovered in 1500,” the far-right president shamelessly declared.

Bolsonaro also sought to convince that his administration has made Brazil “a global example” of political tolerance, economic growth, sustainable development, “a country that feeds the planet thanks to its agro-industry”.

Yet, so far, repeated polls of voting intentions contradict so much megalomania,” said journalist Cohen.

Garena Free Fire Redeem Codes for September 20, 2022: Have You Got Your Booyah UMP Day Already?

Get No Credit Check Loans with Guaranteed Approval