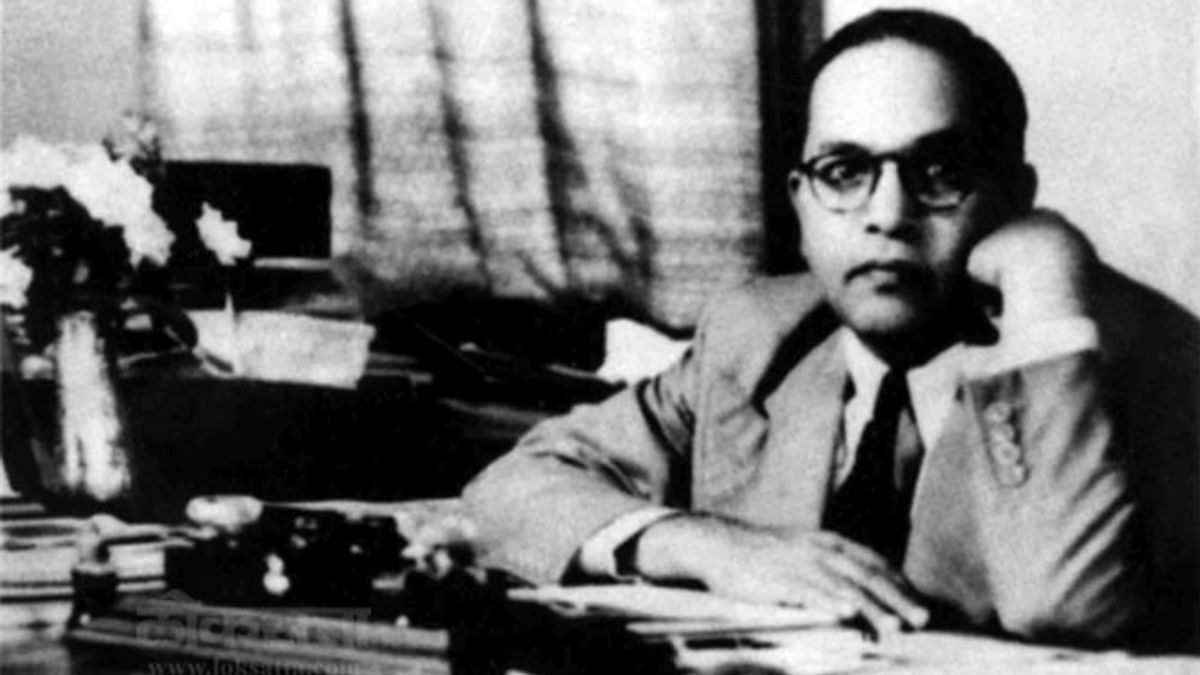 Ambedkar attempted to take the caste issue to the United Nations. He had lessons for India

AAlthough for its own political benefits the colonial government gave aid to the Dalits under the leadership of Ambedkar, its overall aim of emancipating the Dalits was limited, due to its selfish investment in Indian politics and the overwhelming control Brahminical interests which acted against him. the Dalits. Ambedkar’s demands to free the untouchables from the clutches of Hindu control created a rift with the mainstream caste Hindus who were leading the Congress party. Under MK Gandhi’s leadership, the feud between Gandhi and Ambedkar escalated. Ambedkar felt betrayed by Gandhi during the Poona Pact of 1932 and the following years when dealing with the Congress government. This policy of abolishing a Dalit agency continued in the post-independence national framework.

The pre- and post-independence eras were mired in the deceptive agenda of the Indian government’s task to tackle human rights abuses in the country. Nehru took up the struggle against apartheid at the UN level in South Africa and even co-sponsored resolutions imposing sanctions on South Africa. Nehru also issued Indian travel documents to South African revolutionaries like Oliver Tambo and Yusuf Dadoo. It was an ideal anti-colonial legacy that Nehru wanted to preserve around the world. However, he did not address India’s caste issue in any international forum. As, referring to caste segregation in India, Ambedkar once observed, “South Africa is replicated in every Indian village”.

Read also : How Gandhi made Ambedkar a villain in his fight to be the true representative of the Dalits

The All India Scheduled Castes Federation adopted a memorandum prepared by Ambedkar in 1947, which stated that ‘tyranny and the constant and shameless resort to violence by the Hindus, makes the position of the scheduled castes much worse than the position of the Indians in South Africa ” . South African Prime Minister DF Malan went so far as to challenge the Nehru government over the treatment of the untouchables in India. Referring to black South Africans, Malan countered that at least “they were better off than the blacks in the United States as well as the untouchables in India”.

The Indian government ensured that the embarrassing and poignant issue of caste was not raised. He went so far as to make a backdoor deal with the apartheid government, which he had chosen to publicly shame and fight by becoming the leader of postcolonial solidarity. It has become the anthem of a sacred foreign policy doctrine. Successive prime ministers of various hues and colors have successively adopted this as a mantra and worked aggressively against the protection of the human rights of Dalits.

Brahmanism – which was not just casteist but racist, as it maintained unequal recognition of Africans over “lower caste Indians” – was exported into India’s foreign policy visions. Indian foreign service officials were almost all Brahmins and belonged to other dominant caste groups. This elevation of the dominant castes ensured that the issue of caste remained anathema and would not be exposed on international platforms.

Read also : In Ambedkar’s ‘proposed preamble’ to Indian Constitution, there was no ‘equality’ clause

BR Ambedkar, on the contrary, is committed to making caste a matter of international concern. He saw this as the only way to get the justice required for the Dalit community, which was put on the receiving end by the Indian National Congress and the Jinnah Muslim League. Until the Lahore Resolution, Dalits were convinced that a minority alliance between Dalits and Muslims would help the two groups fight in the Hindu-majority country. However, after the Lahore Resolution, this partnership was out of the question and so Ambedkar began to actively seek international alliances.

In accordance with this, Ambedkar assured that he took confidence in the British political class and the general public invested in India. His trip to England in 1946, to advocate for international aid for Dalits, was analyzed by Jesús Cháirez-Garza in his article “BR Ambedkar, Partition and the Internationalization of Untouchability, 1939–47”. Cháirez-Garza argues that after his failure to obtain rights from the imperial government, Ambedkar embarked to meet with the leaders of the British parliament. Among them, the leader of the Conservative Party, Winston Churchill, was in the foreground. Ambedkar has also made representations to the leadership of various political parties and MPs from the Labor Party, Conservative Party and Fabians.

Ambedkar’s diplomatic move to gain international support was halted by the influence of MP Gandhi, who preferred not to “negotiate” with Ambedkar for fear of losing on “both fronts”. For Ambedkar, the Indian nationalists’ call for self-determination – “Swaraj” – while defying the goal of protecting minority rights, was betrayal and unworthy of a nation-state. Thus, he chose to approach the UN after his failure to receive adequate support from the opposition and the government. This time Vallabhbhai Patel along with other Congress leaders approached Ambedkar to negotiate. Gandhi continued to be suspicious of Ambedkar’s efforts. In a response to a letter from Carl Heath, a member of the Indian Conciliation Group and an ardent follower of Gandhi, the latter showed no sympathy for Ambedkar’s cause to internationalize the struggle of the untouchables. Referring to Ambedkar, Gandhi added, “with men like him the end justifies the means”, and he refused to answer or respond to Ambedkar’s pressing demands.

Ambedkar’s cause was, however, taken up by Churchill and Jan Smuts, Prime Minister of South Africa, at international and United Nations meetings. Smuts used the issue of untouchability to silence the hypocritical Indian government delegation led by Maharaj Singh, former governor of Bombay, which lobbied for Indian rights in South Africa at the UN. Churchill and Smuts, colonial warlords, used untouchability for their own politics. The untouchables, however, remained the repressed subjects, despite their strong political presence. Ambedkar secured a seat in Nehru’s first cabinet as justice minister, but did not receive the important portfolios he had hoped for. In his resignation letter, Ambedkar elucidated various reasons for his departure. He was symbolized in the administration without having been given substantial powers.

Read also : Would Ambedkar, Tagore and Buddha have been declared anti-nationals today?

Ambedkar had not taken the case of the untouchables to the UN in 1947. His reasoning was based on confidence in the Constituent Assembly and the future Parliament of India, which he hoped would grant the required rights to the untouchables. He was wrong, and so his bitterness grew towards the ruling dispensation. Ambedkar may not have followed the UN route aggressively either, as he hoped to enter the Constituent Assembly so that he could channel the Constitution towards that goal. However, the provisions in the Constitution for scheduled castes did not impress him. He stated bluntly in the resignation letter that:

. . . the provisions made in the Constitution to safeguard the position of scheduled castes were not to my satisfaction. However, I accepted them for what they were worth, hoping that the Government would show some determination to make them effective. What is the position of Scheduled Castes today? From what I see, it’s the same as before. The same old tyranny, the same old oppression, the same old discrimination that existed before exists now, and perhaps in a worse form.

It was a damning self-indictment by the leader of the Scheduled Castes who had hoped to secure their future in an independent India ruled by Brahmins and Baniya. Bringing Ambedkar into the Constituent Assembly worked mutually for Ambedkar and the Congress party. However, the causes that Ambedkar espoused were moderate and could not see the light. The internationalization of the Dalit cause and the intervention of the UN on the question of castes would have been an embarrassment for India. Perhaps there was a tacit and silent agreement between Congress and Ambedkar when he threatened to bring India into the UN, which would help to delegitimize the leadership of the dominant caste Hindus in a newly independent nation. And that would also be to tear down the Third World colored people’s internationalism that Nehru wanted to champion. These questions remain with us, but the indifference of the UN towards the caste question continues.

This excerpt from Suraj Yengde’s essay in ‘The Dalit Truth: The Battles for Realizing Ambedkar’s Vision’, edited by K. Raju has been published with permission from Penguin Random House.

Get these redemption codes and earn rewards