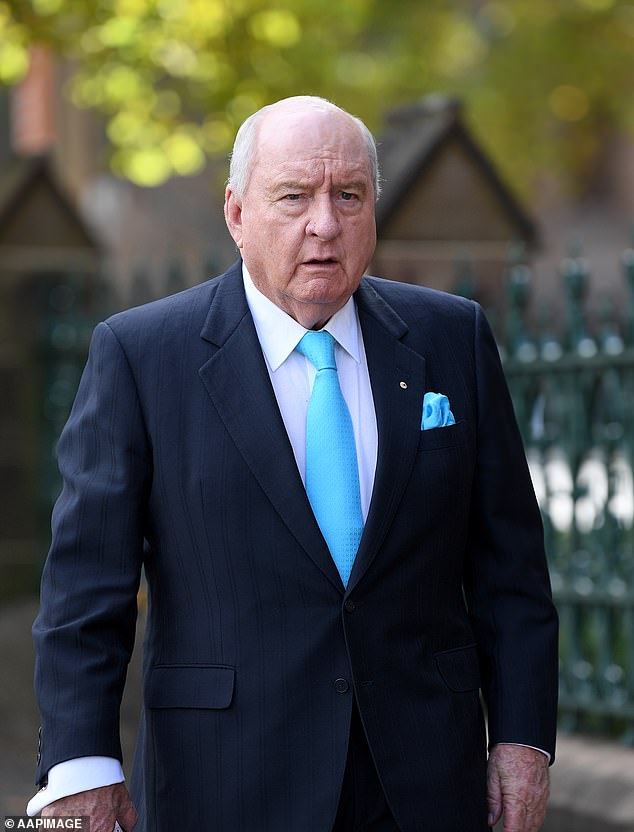 Alan Jones lashed out at the United Nations in a fiery rant on climate change.

The veteran broadcaster has taken aim at international organizations which he says are interfering with domestic issues in Australia.

“If we want any national sovereignty, we have to turn our backs on the World Economic Forum and the United Nations,” he said.

“These are outfits full of globalist bureaucrats who endlessly pontificate and try to interfere with national issues.

Alan Jones lashed out at the United Nations in a fiery rant on climate change. He said Australians should ‘turn their backs’ on the UN

The Conservative commentator earlier said it would be an ‘economic suicide note’ if Australia continues to commit to net zero climate change policies.

“Going to net zero will cost Australia,” he said in May. “I called it a national economic suicide note.”

Australia’s government, led by Anthony Albanese, aims to cut emissions by 43% by 2030.

Jones said he “hopes” people in the Hunter Valley or “resource-rich” Western Australia “raise their voices” because the net-zero policy would essentially eliminate coal.

“If net zero becomes etched in the national psyche, which I fear thanks to weak politicians on both sides, their jobs will disappear,” he said.

The broadcaster then wondered what the country would be able to afford in the near future as the government planned to “stick to net zero”.

‘How can we build better roads? How to build more schools and hospitals? How do we afford to pay for those on welfare? How can we provide better conditions in the care of the elderly? ” he said.

Jones argued that Australians had forgotten that exporting resources and minerals “pays for almost all of that”.

“Politicians who have never read a book or a piece of legislation are trying to eradicate coal from the Australian economy, creating a poorer Australia.”