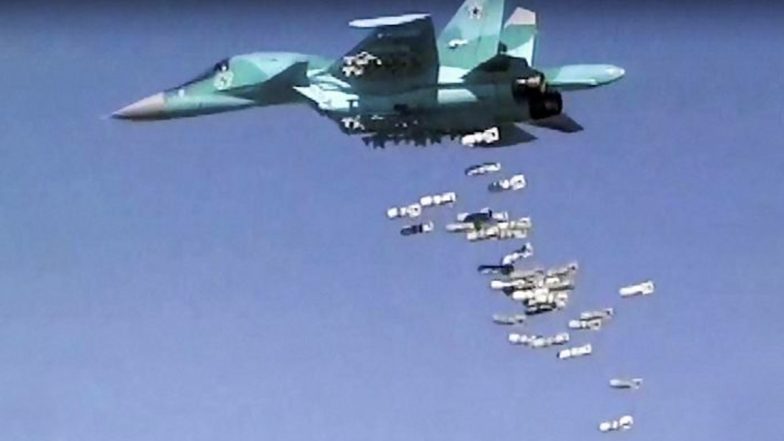 Nairobi, January 7: The UN refugee agency said an airstrike killed three Eritrean refugees, including two children, in Ethiopia’s Tigray region amid the country’s war. A statement released overnight by the agency does not specify who carried out the airstrike that hit the Mai Aini camp on Wednesday.

The Ethiopian military has carried out several deadly airstrikes in Tigray in recent months, while Tigray’s ground forces at the start of the conflict have attacked Eritreans in refugee camps. Read also | COVID-19 boosters may decrease, 4th vaccine may be needed, says Moderna CEO StÃ©phane Bancel.

The statement by the United Nations High Commissioner for Refugees, Filippo Grandi, said four other refugees were injured in the strike. â€œFortunately, their life is not in danger,â€ he said. Read also | The Taliban prohibits women and girls without Mahram from entering cafes in Herat, Afghanistan.

Thousands of refugees fled the camps at the start of the war amid attacks by forces from Tigray and soldiers from neighboring Eritrea. Many facilities were destroyed.

Grandi called on all parties to respect the rights of all civilians.

The war in Ethiopia changed in late December, when Tigray forces fighting the Ethiopian government retreated to the Tigray region after approaching the capital, Addis Ababa, after a drone-backed military offensive pushed them back.

The UN aid agency reported late last month that between December 19 and 24, “airstrikes on Tigray reportedly caused massive civilian casualties, including dozens of people killed. which makes it the most intense series of air strikes and casualties reported since October “.

He said most of the attacks and casualties were reported in towns in southern Tigray.

It is estimated that tens of thousands of people were killed in the war that erupted in November 2020, and millions more have been displaced. The Ethiopian government has sought to restrict reporting on the war and has arrested some journalists, including an independent video accredited to the Associated Press, Amir Aman Kiyaro.

(This is an unedited, auto-generated story from the Syndicated News Feed, the staff at LatestLY may not have edited or edited the body of the content)