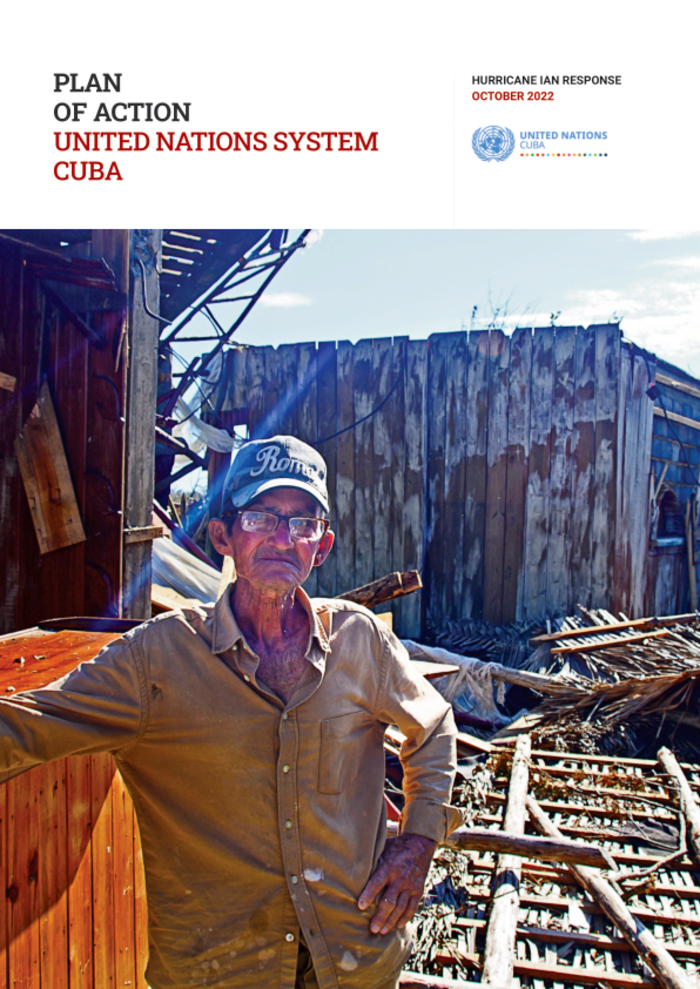 Overview of the situation

With a diameter of 600 km, Hurricane Ian hit the western region of the country with sustained winds of over 200 km/h and even stronger gusts, significant storm surges and coastal flooding. The hurricane’s impact left a trail of destruction as it crossed the country, exiting Cuban territory as a Category 4 storm on the Saffir-Simpson scale (1-5). Preliminary estimates indicate that some 3.2 million people have been directly affected in the provinces of Pinar del Río, Artemisa and La Habana, as well as in the special municipality Isla de la Juventud.

Ian affected Cuban territory for six hours, wreaking havoc in several municipalities, including the provincial capital of Pinar del Río, where the eye of the hurricane lingered for an hour and a half. Sea waters reached two kilometers inland in several coastal areas, with flood water heights reaching 1.5 meters. The damage reported is significant and combines the complexity of impacts in a large urban area with the loss of livelihoods in rural municipalities.

76,221 people were evacuated to centers set up by local government authorities while others were relocated with friends and relatives, in accordance with the directives of the national civil protection staff. Despite the authorities’ prevention efforts and the warnings issued to the population, this powerful hurricane caused three deaths following its passage through Pinar del Río.

Early assessments indicate critical damage to housing, access to clean water and electricity, health and education facilities, facilities that store or distribute food, to thousands of hectares crops, agricultural and animal production and fishing, i.e. the basic means of subsistence of the population. of the municipalities concerned.

Major challenges persist for the restoration of electricity, which impacts several basic services, including running water, in addition to the damage caused to water tanks and distribution systems. The complex situation creates the conditions for an increased risk of dengue fever and gastrointestinal diseases in a context where serious damage to health structures has been reported.

Immediate national efforts were important to restore living conditions and the minimum functioning of services, including a recovery strategy that aims to reduce pre-existing vulnerabilities. However, the damage is devastating. Hurricane Ian hit Cuba in a complex post-COVID-19 global context as the country faces economic challenges.

Cuba is excluded from major international financial institutions and faces extremely limited access to international capital markets, making it very difficult to fund the country’s disaster response efforts and development. In the aftermath of Ian’s destruction, it is essential to support Cuba in its continued response and recovery efforts.

Hawthorn review could go ahead without involvement of First Nations families, lawyer says