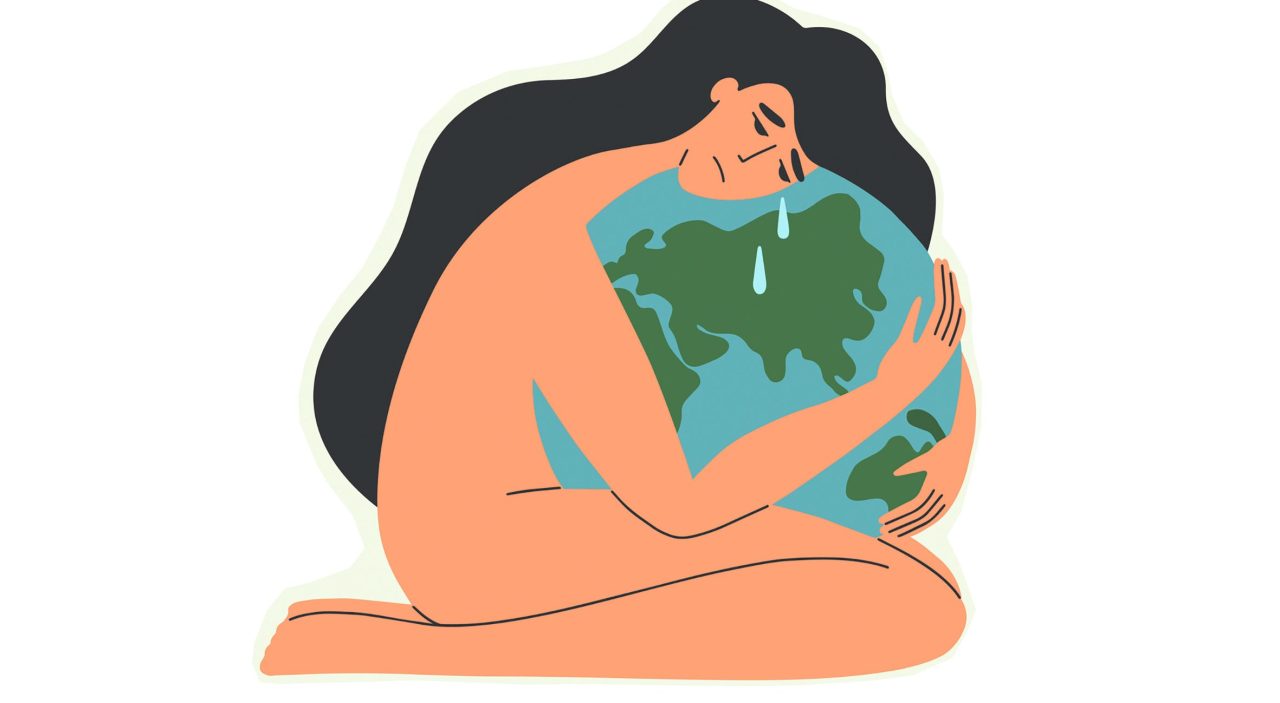 According to a United Nations report, climate change has the potential…

In the wake of South Africa’s exit quarterly crime statisticswhich has revealed a sharp increase in the number of people – especially women and children – being murdered and raped in South Africa, a United Nations (UN) report indicates that climate change has the potential to worsen this trend, other gender impacts.

The report, released at the Bonn Climate Change Conference in early June, titled, Dimensions and examples of gendered impacts of climate change, the role of women as agents of change and opportunities for womensynthesizes information on the gender-differentiated effects of climate change.

A common finding across all observer and party submissions to the conference noted “the greater vulnerability of women to the adverse effects of climate change compared to men”.

It is important to note, particularly in the South African context, that “the increase in gender-based violence as a result of climate-induced disaster was mentioned in all submissions”.

The proof of this phenomenon [gender-based violence] has since increased, particularly in light of the pandemic and extreme weather events that have hit southern countries over the past three years.

Others have drawn similar conclusions. The Geneva Center for Security Sector Governance (DCAF), in its Women Speak: Report on the lived nexus between climate, gender and securitysays extreme weather events – which are expected to increase in frequency and intensity as the level of global warming increases – “exacerbate conditions of insecurity for women”.

He says that “women and children are more likely to die in floods, landslides, earthquakes, cyclones and the like, and those who survive have a reduced life expectancy.”

Another worrying finding from DCAF, particularly in the South African context, is that “gender-based violence tends to increase after such events”.

The Contribution of Working Group II to the IPCC Sixth Assessment Report – described as a “atlas of human sufferingby the UN Secretary General – included similar conclusions.

In Chapter 7: Health, well-being and the changing structure of communitiesthe authors explain that “climatic hazards are an increasing driver of involuntary migration and displacement (high confidence) and are a contributing factor to violent conflict (high confidence).

“These impacts are often interconnected, are unevenly distributed across and within societies, and will continue to be experienced inequitably (very high confidence).

“Cascading and compounding risks to health from extreme weather events have been observed in all populated regions, and the risks are projected to increase with further warming (very high confidence).”

Ostensibly, it also states that climatic hazards are “associated with increased violence against women, girls and vulnerable groups”.

It asserts that climate change poses distinct risks to women’s health and that “climate extremes and water scarcity” are associated with an increase in violence against girls and women.

Additionally, “during and after extreme weather events”, women, girls and LGBTQI people are “at increased risk of domestic violence, harassment, sexual violence and trafficking”.

Professor Rachel Jewkes is Director of the Global Program What Works to Prevent Violence, Executive Scientist: Research Strategy in the South African Medical Research Council (SAMRC) Office of the President and the Secretary of the Sexual Violence Research Initiative. She shared her thoughts with Our Burning Planet:

“This is an important topic and it is one that we are currently researching at SAMRC – both in terms of the impact of Durban flooding as well as heat on GBV. [gender-based violence].

“When it comes to heat, our research suggests there are two really big ways it has an impact. One is that people sleep more when it’s hot and need to sleep outside or with the windows open, and in some neighborhoods, men see it and take advantage of it to invade the house and rape.

“The second is that people stay out later and drink more in hot weather and are therefore more vulnerable to alcohol-related GBV, such as rape in taverns or domestic violence when drunken men come home and argue with their wives (including where the money went), etc.”

Jewkes said: “The other thing is that with higher temperatures and drought, coupled with municipal water supply outages and poorly planned housing development, people may have to travel farther to get travel to water sources (dams, rivers, etc.) and are at risk when doing so, as well as if they still use wood for fuel, have to travel further and to more risky areas to obtain firewood. heater”.

In chapter 9 of Working Group II report – the chapter that focuses on Africa – the authors write that studies indicate that “high temperatures are strongly associated with poor mental health and suicide in South Africa”.

They also report that “exposure to extreme heat directly influences emotional control, aggression and violent behavior, increasing rates of interpersonal violence, with homicides increasing by up to 18% in South Africa when temperatures are higher. at 30℃ compared to temperatures below 20℃”. .

In a study titled, Violence in hot weather: Will climate change exacerbate violence rates in South Africa?the authors find in the conclusion that the evidence “increasingly indicates that the propensity for interpersonal violence may increase in uncomfortably hot temperatures”.

They add that countries like South Africa, “which already have high levels of violence and rapid global warming, may be particularly vulnerable to this underappreciated consequence of climate change.”

The findings are particularly alarming given the country’s current struggles with gender-based violence and the trajectory of global warming.

South Africa Low Emission Development Strategy 2050tabled ahead of the COP26 negotiations in Glasgow, said that “under greenhouse gas emissions scenarios without mitigation, warming of up to 8°C is projected inside the country by the end of end of this century”.

Fleur Newman, head of the gender team at UN Climate Change, said in a statement that “climate impacts, particularly extreme weather events, affect the roles of women and men around the world, especially in rural areas”.

Newman said that “the world simply cannot meet the central goals of the Paris Agreement to limit the increase in global average temperature to 1.5℃ unless all of humanity is involved in climate change. fight against climate change”.

She added that “while it is concerning to see a rollback on recent gains in gender equality due to the pandemic, there are positive signs that climate policy is increasingly creating opportunities for women and girls to make invaluable contributions to and benefit from climate action”. . OBP/DM