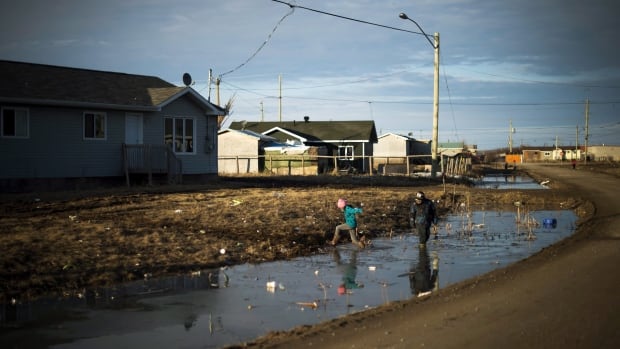 The federal government has until the end of the day to decide whether to end or extend a bitter 14-year battle over discrimination compensation in the Indigenous child welfare system.

The court said Canada’s actions had resulted in “trauma and harm to the highest degree, causing pain and suffering.”

Some estimates place the number of children potentially affected by the court’s decision at around 50,000, with the highest numbers in the Prairies and British Columbia. The ruling also covers First Nations children in the Yukon.

Today is the deadline for the federal government to decide whether to appeal a Federal Court decision that upheld the order. The case was the subject of heated debate between critics calling the Trudeau government’s commitment to reconciliation hypocritical and those saying the court order was problematic.

“Let me say that we are committed to compensating the indigenous peoples who were injured during treatment. We are committed to trying to end this harmful system,” he said at a press conference. from The Hague in the Netherlands.

Here’s what you need to know:

What’s at stake with the court order?

For Ottawa, billions of dollars are at stake.

The court ordered Ottawa to pay $ 40,000 – the maximum allowed under the Canadian Human Rights Act – to each child affected by the child welfare system on reserves as of January 1, 2006 at least until a date to be determined by the court.

The court said the parents and grandparents of these children (depending on who was the primary guardian at the time) would also be eligible for compensation as long as the children were not taken into the care of the welfare system. childhood due to abuse.

He also ordered the federal government to pay $ 40,000 to each First Nations child (as well as the child’s primary caregiver) who was denied services or was forced to leave home to access services. covered by the policy known as Jordan’s Principle.

This policy states that the needs of a First Nations child requiring government service take precedence over jurisdictional disputes over who should pay for it.

The ordinance also stipulates that compensation must be paid to estates of deceased persons who would have been entitled to compensation.

Why did the federal government want judicial review?

In the fall of 2019, the federal government brought an application to the Federal Court to quash the court order and dismiss the compensation claim. This decision drew broad condemnation from leaders of First Nations, the NDP, the Green Party and human rights organizations like Amnesty International.

The government said at the time that it was not opposed to the concept of compensation. He argued that the court had no jurisdiction to order specific amounts of compensation in the manner of a class action suit.

“The question here is not whether discrimination … existed … Canada accepted this result,” said Sony Perron, associate deputy minister of Indigenous Services Canada (ISC), in an affidavit filed with the court. federal.

“The problem … is that the tribunal has made a sweeping decision that will have a significant impact on Indigenous Services Canada (ISC) and Crown-Indigenous relations and that raises important public policy questions that only Cabinet can decide. . “

Why did the Federal Court uphold the court order?

Justice Paul Favel said the Attorney General of Canada, who had asked the Federal Court to review the court order, had “failed to establish that the compensation decision is unreasonable.”

Favel wrote that the court “reasonably exercised its discretion” under the Act to “deal with a complex case of discrimination in order to ensure that all issues were sufficiently addressed and that the issue of compensation was dealt with by steps”.

In his decision – released on the eve of the first National Truth and Reconciliation Day – Favel also said negotiations could help achieve the goal of reconciliation and would be “the preferred outcome of indigenous peoples and Canada”.

“In my opinion, the procedural history of this case has shown that there is and that there has been good will, which has led to significant movements to remedy this unprecedented discrimination,” said he wrote.

“However, the good work of the parties is unfinished. The parties must decide whether they will continue to sit beside the track or move forward in this spirit of reconciliation.”

Is the federal government really “fighting children” in court?

This is what aboriginal advocates and New Democrats have said time and time again. The case has dragged on for 14 years and no one has been compensated.

â€œYou cannot be reconciled when you fight against this generation of children, the very descendants of residential school (school) survivors,â€ said Cindy Blackstock, Executive Director of the Child and Family Caring Society of the First Nations of Canada.

The federal government dismisses the claim that it is fighting children in court, saying it is challenging some of the court’s findings and the precedent set by its order.

“We all agree that litigation does not serve Indigenous children, but there are many important conversations to be had and we will have them very quickly,” new Indigenous Services Minister Patty Hajdu said Tuesday.

â€œCompensation is important, but it is also extremely important to ensure that indigenous children have access to equity, services and opportunities like all other children in the country. “

When will Aboriginal youth be compensated?

It’s not clear. It will depend on negotiations between the federal government and aboriginal groups.

The court did not order Canada to pay compensation immediately. Instead, he said Canada should define the eligibility of victims, create an appropriate methodology for distribution and consult with other parties.

The court ordered Ottawa to begin discussions with the First Nations Family Caring Society and the Assembly of First Nations – which filed the first human rights complaint in 2007 – to determine the best independent process for distribute compensation and decide who is eligible.

So far, those talks have not resulted in a resolution, but the government has said it wants to settle outside the court process.

“We are also committed to ending the child and family service system that continues to remove children from their communities to impose unacceptable barriers, outcomes and situations that no Canadian child should face.”